Last time we told you about the update to Apple TV that included a new TV Shows menu and new TV networks. Now it appears some users have run into a Genius recommendations menu for TV shows and movies.

iPhoneinCanada.ca reader @RuhnDMC noted last night a peculiar new addition to this Apple TV under the Movies tab. The menu item “ATV.Menu.Movie.GeniusItem” had mysteriously appeared. Upon selecting the item it resulted in an error page that notes the iTunes Store is down. 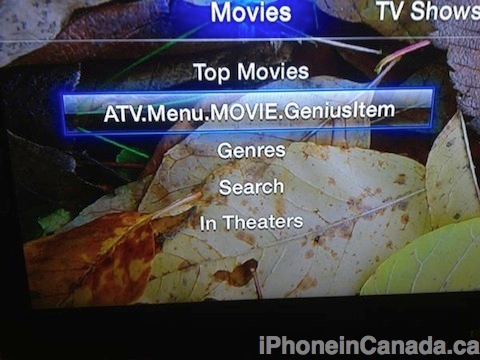 MacRumors also reports other users have also witnessed this menu appear on their screens. The Genius update might have been released prematurely for the Apple TV, as we saw a similar situation occur with the aforementioned TV Shows menu.

Have you seen the Genius menu pop up on your Apple TV?

Update 1: It appears the actual menu has popped up for some, as this was sent in by @CyrsR from Toronto: 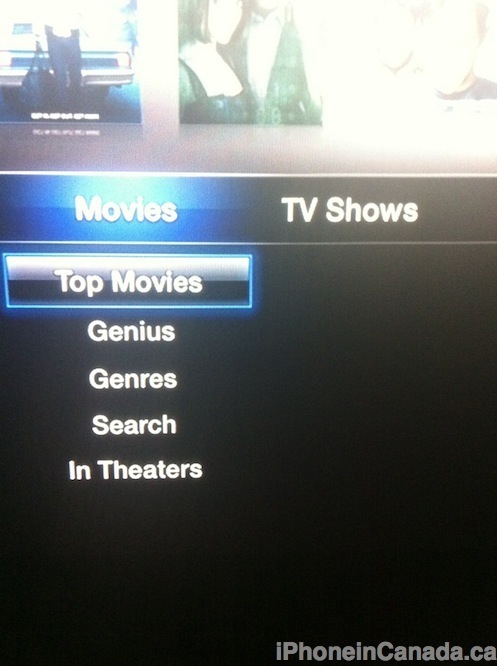