Mozilla has finally debuted its much hyped Firefox OS for mobile phones at the Mobile World Congress show in Barcelona, Spain. The web-based open source platform where all the features and apps are created using the HTML5 web standard, will power the world’s first Open Web Devices in partnership with 18 carriers around the world later this year. 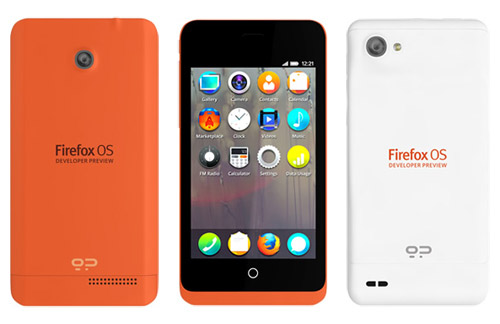 With Firefox OS, Mozilla aims to unlock the Web as a mobile development platform with Firefox Marketplace, enabling more opportunity and control for developers and consumers. The company has also announced that it is working with manufacturers like Alcatel (TCL), Huawei, LG and ZTE to build the first Firefox OS devices, all powered by the Qualcomm Snapdragon™ chipset. The first wave of Firefox OS devices will be available to consumers in Brazil, Colombia, Hungary, Mexico, Montenegro, Poland, Serbia, Spain and Venezuela.

Firefox OS offers the performance, personalization and price you want in a smartphone and a beautiful, clean, intuitive, personalized and easy-to-use experience. Firefox OS includes all the things people need from a smartphone out of the box – calls, messaging, email, camera and more – as well as the things you wish a smartphone offered, like built-in cost controls, social features with Facebook and Twitter, location-based services, the Firefox Web browser, new ability to discover one-time use and downloadable apps, Firefox Marketplace and much more.

Firefox Marketplace will offer apps in categories like games, news and media, business and productivity. These apps are tied to you and your online identity to take across devices and platforms. Leading mobile apps and Web developers around the globe will leverage the power of the Web unlocked by Mozilla to release apps in the Firefox Marketplace.

It is believed that carriers including Telefonica, America Movil, China Unicom and Hutchinson 3 will offer the phones primarily in emerging markets for around the $150 mark.

Spotify is launching a new Home experience that includes feeds for both Music and Podcasts & Shows, making it easier for listeners to scroll through the type of content they’re looking for. The updated Spotify home screen will make the experience more personalized while allowing users to dig even deeper into their recommendations. In the...
Usman Qureshi
55 mins ago