MTS has announced they will sell the iPhone 5 in Canada on September 28th, with phones to be available in MTS Connect Stores. Pricing will be the same as other carriers on 3 year subsidized contracts, starting at $179 for a 16GB model.

Also, the iPhone 4S will be available for $79 and 8GB iPhone 4 for $0, both on three year term pricing. MTS says iPhone 5 customers will be able to connect to their HSPA+ network.

“MTS is very excited to offer iPhone 5 with unlimited data plans so customers in Manitoba can make the most out of features like FaceTime and Maps,” said Kelvin Shepherd, President, MTS. 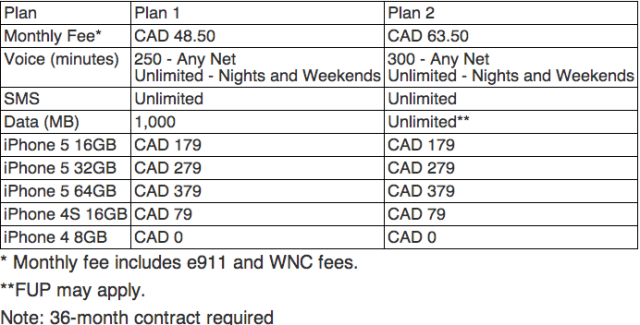