With the recently updated iPhone SDK beta 4, developers have been feverishly digging deep through the updated softwareÂ to find any type ofÂ hiddenÂ files regarding new features. Well, their effort has been well rewarded!

Looking at the image below, developers have found new references to multitasking throughout the SDK, such as the mention of a “multitasking dialog box”. As many know, while the iPhone can multitask (the iPod app can runÂ in the background for example), it cannot multitask in the same fashion as an Android device or Palm Pre.

There are many pros and cons to multitasking like the Palm Pre or likeÂ an Android device, but we may soon see the possibility of running many apps at the same time with an iPhone. 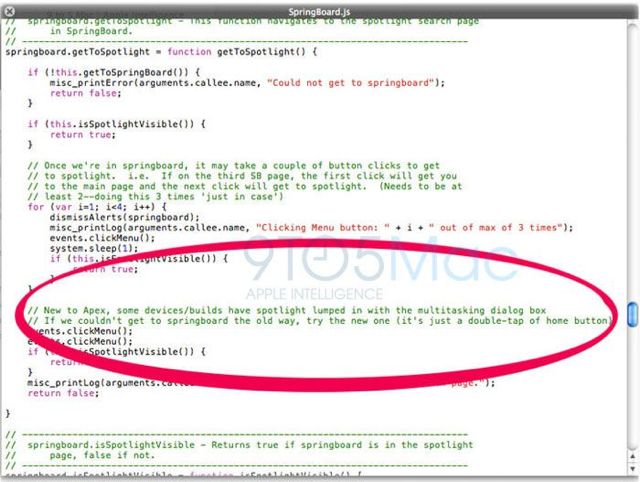