Amazon quietly launched their Cloud Music and Locker Player late last night, beating out Apple and Google to the market. This new service is a freemium model enabling free cloud storage (starting at 5 GB), but if you purchase any album you’ll get 20 GB for a year. Not too shabby. Users will be able to play music from various phones and computers (iOS devices can only play music straight within Safari browser at the moment).

The latest news is that music labels are upset over Amazon’s launch, as Reuters reports:

Sony Music, home to artists such as Shakira and Kings of Leon, was upset by Amazon’s decision to launch the service without new licenses for music streaming, said spokeswoman Liz Young.

“We hope that they’ll reach a new license deal,” Young said, “but we’re keeping all of our legal options open.”

Music labels were informed of the plans last week. Only later did Amazon address the issue of negotiating licenses, one source close to the discussions said.

That executive called the move “somewhat stunning” and noted that some within the media industry said the service might be illegal.

The New York Times notes, “music labels and publishers would prefer that listeners buy a new copy of a song everywhere they want to listen to it.” Is that what we should be doing? The music industry needs to accept new forms of distribution for their work.

The cloud storage from Amazon offers good value, and is a direct rival to similar cloud-storage solutions like DropBox. As for the music service itself, it doesn’t look like Amazon is ready to cater to the complaints of music labels. Recently, Amazon was sued by Apple for using the word “app” in their latest Amazon Appstore for Android devices. 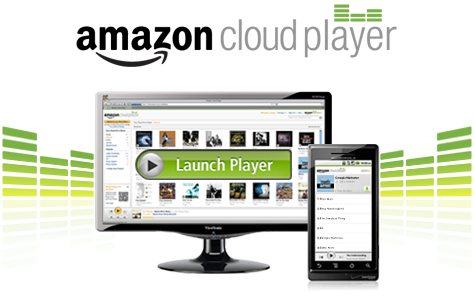 LG is expanding the availability of Apple TV, Apple Music, AirPlay, and HomeKit support on third-party webOS Hub-enables displays. Over 100 countries and regions will now be able to take advantage of Apple's entertainment options on a growing list of third-party displays. Apple's apps such as Apple TV are currently available on LG's display and...
Steve Vegvari
47 mins ago