A new report says that US-based music streams broke one trillion for the first time in 2019. 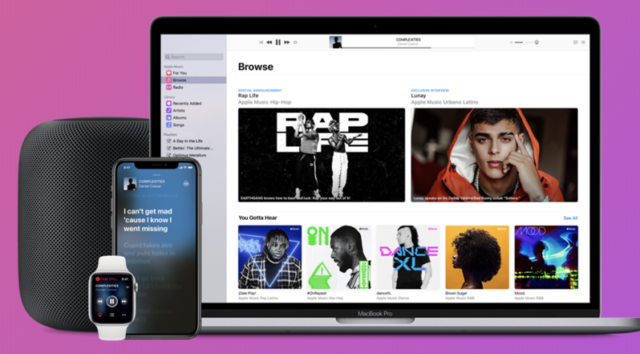 The streaming music industry continues to grow and take over the place of physical CDs and vinyls. Last year, the industry grew 30 percent year-over-year and, according to a new Neilsen report, crossed one trillion streams in the United States.

As reported by the Wall Street Journal, streaming services now account for eighty-two percent of music consumption in the United States. The growth in streaming continues to accelerate and is attributed to the rising subscriber base of Apple Music, Spotify, and YouTube.

Streaming’s growth drove overall album consumption up with it, up 13.5 percent year-on-year to 795.9 million album units. Overall song consumption, meanwhile, was up 21.1 percent to 7 billion units in 2019. Meanwhile, sales of physical albums fell 19 percent to just 9 percent of the market in 2019.

Large releases from popular artists also contributed to the growth in streaming. Album and single releases from Post Malone, Taylor Swift, Billie Eilish, and Drake all helped to boost streaming growth in the country, as sales of physical albums fell by nineteen percent.

Post Malone was the most-streamed artist of 2019, with a combined 6.7 billion streams. Drake follows closely with 6.3 billion, while Billie Eilish is third with 5 billion streams.

Drake (28 billion streams) continues to be the most streamed artist over the past five years, with Post Malone (15.9 billion streams) in second place. Eminem follows with 12.5 billion music streams.

Hip hop was reportedly the most popular genre of music in streaming last year, accounting for twenty-eight percent of streams. Rock came in second at twenty percent, with pop in third at fourteen percent.

Apple never releases too many details around its subscriber base for Apple Music, but the service has grown significantly in the four years since its launch in 2015. Eddy Cue, Apple’s Senior Vice President of Internet Software and Services, revealed last year that Apple Music had passed sixty million subscribers.