Apple has added a new “eye-in-speech-bubble” emoji in iOS 9.1 which, according to a designer named Erik Veland, represents the anti-bullying campaign. However, it has been a mystery till now as to why did Apple put an anti-bullying emoji in its latest iOS update. As Wired puts it, what campaign is it representing exactly? Turns out, most of the answers to the mysterious emoji’s inclusion in iOS have nothing to do with Apple. 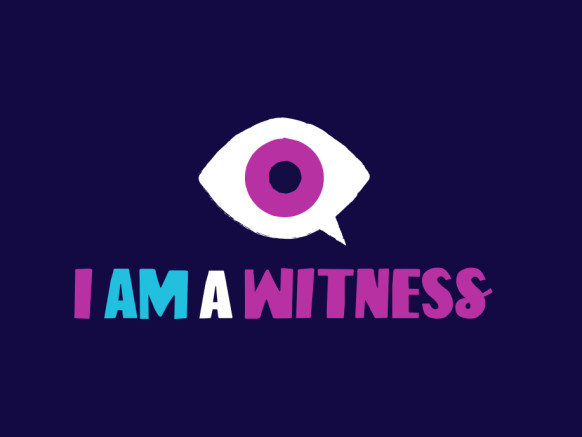 Apparently, the Ad Council launched the anti-bullying campaign called I Am A Witness this morning, and it features the same icon as shown above. So basically the new emoji wasn’t really Apple’s idea. The original eye-in-speech bubble was designed by San Francisco-based ad agency Goodby, Silverstein & Partners. “It’s a powerful symbol,” says Hanna Wittmark, the art director at Goodby. “It says ‘I see this, and I’m speaking up. I’m doing something about it.’”

Apple appreciated the symbol, too. “When we first asked about bringing this emoji to the official Apple keyboard, they told us it would take at least a year or two to get it through and approved under Unicode,” says Wittmark. The company found a way to fast-track it, she says, by combining two existing emoji. As Emojipedia founder Jeremy Burge explains in an analysis posted to his website, Apple’s new symbol combines the “eye” emoji with the “left speech bubble” emoji, by virtue of something called a “zero width joiner.”

If all this makes no sense to you, other than the fact that Apple is aligning itself with I Am A Witness, don’t worry you’re not alone. You can read more about the mysterious emoji at the source article.

Popular note-taking app Notability has just introduced a new Pencil feature, bringing the most paper-like sketching experience to digital notetakers. This marks the app’s first time releasing a tool that enables users to style their ink strokes, add texture, and change colours after writing without any pixelation. The Pencil tool makes drawing in Notability feel just...
Usman Qureshi
1 min ago

SaskTel and Stafford Communications are partnering to bring more advanced broadband solutions and faster internet to rural parts of Saskatchewan. Part of the Rural Broadband Partnership Program (RBPP), Stafford Communications plans to expand its network and begin delivering internet speeds of up to 100 Mbps under this collaboration to: Crystal Springs Jumping Lake Struthers Lake Tarnopol...
Usman Qureshi
23 mins ago

Sony has just revealed its lineup of free games coming to PlayStation Plus this month, which will be available to download starting February 7th. Starting at $11.99/month, the PS Plus subscription unlocks online multiplayer and gives members access to a set of games every month that they can claim and install for free. Players can subscribe...
Usman Qureshi
39 mins ago