New York Attorney General Eric Schneiderman has contacted a number of leading technology companies, including Apple and Google, seeking information about what they are doing to combat thefts of their devices in the state, Bloomberg is reporting. Attorney General has also written to Microsoft and Samsung regarding the subject, in an effort to eliminate the back market for the products. 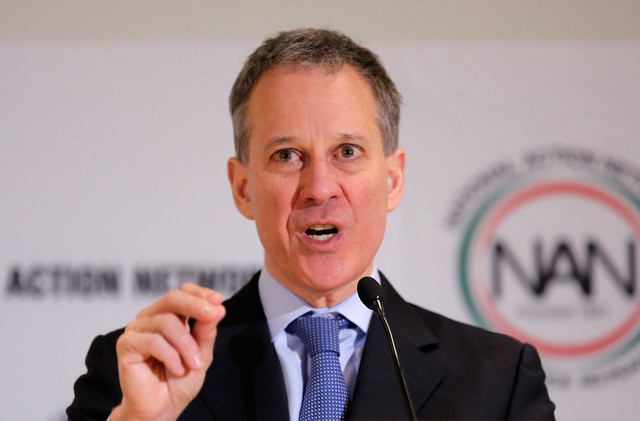 In a letter to Apple CEO Tim Cook, Eric has asked why companies that can develop sophisticated handheld electronics, such as the products manufactured by Apple, cannot also create technology to render stolen devices inoperable and thereby “eliminate the expanding black market on which they are sold”. In his letter to Google Chairman Eric Schmidt, he noted that “foreign trafficking of stolen devices has proliferated”, according to the source.

In his letter to the companies, Schneiderman cited the April 2012 murder of a 26-year-old chef at the Museum of Modern Art in Manhattan who was killed for his iPhone on his way home, and a February incident this year in which three people were stabbed on a subway platform in the Queens section of New York in a fight over an iPhone.

Schneiderman said he would be “especially concerned” if the companies, which may have failed to live up to representations to consumers about safety and security, have benefited from increased sales of replacement devices.

New York City Police said in 2012 that Apple products were stolen in a total of 11,447 incidents, an increase of 40% over the previous year.

The new ad-supported plan of Disney+ is now live in the U.S. at $7.99/month. Dubbed Disney+ Basic, the plan is expected to become available in Canada and other countries next year (via Reuters). Over 100 advertisers and brands, from LVMH to Marriott Hotels & Resorts, are participating in the launch, which Disney has been promoting...
Usman Qureshi
8 mins ago

Airbnb has announced heightened defenses to help prevent disruptive parties over the New Year’s Eve weekend in 11 countries, including Canada. New restrictions will see a ban on certain one-night bookings during New Year’s Eve for entire home listings across Canada. These defenses are in effect for guests without a positive account history, or no...
Usman Qureshi
22 mins ago