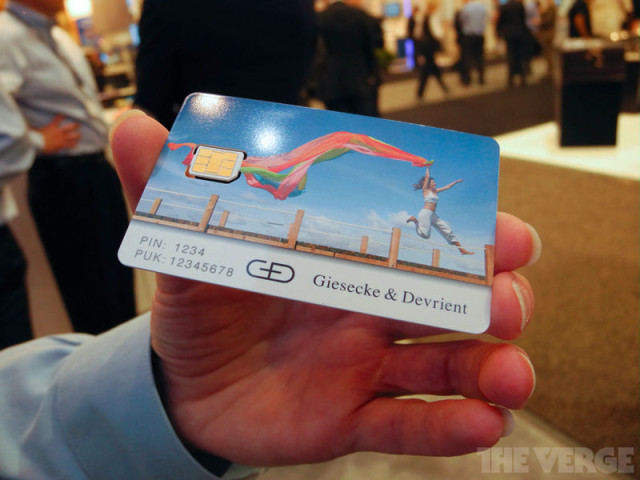 Apple has continued to march on its path to standardize their design of the nano-SIM, a smaller version of the current microSIM currently used in iPhones and iPads. It was revealed back in March Apple planned to allow its design to go royalty free.

The company is showcasing Apple’s design here at the show, an evolution of the 3FF micro-SIM that iPhone and iPad users have become well acquainted with over the years, though there aren’t any prototypes of Nokia’s competing design at the booth. When asked if that meant they were siding with Apple on this one, we were told “we work with everybody.”

The European Telecommunications Standards Institute (ETSI) is set to vote on the new nano-SIM standard, and according to The Verge, all signs point Apple’s latest modified design is set to win over rival Nokia’s. The latter doesn’t even have their nano-SIM design on demo for people to see.

With the smaller nano-SIM, that means increased space for future smartphones and tablets utilizing the new design. The current microSIM took about five years to implement into the market as seen in the iPhone, but this time around Giesecke & Devrient notes it’ll take a lot less time. Expect a future iPhone or iPad to utilize the new nano-SIM standard, probably in the next couple years.