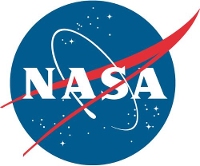 The National Aeronautics and Space Administration (NASA) has today announced the release of an official app for the fourth-generation Apple TV. The official NASA app has previously been available for iOS in iPhone and iPad versions, as well as for Android and Fire OS, and has been downloaded over 17 million times across all platforms.

“The NASA app has been a fantastic way for the public to experience the excitement of space exploration from their mobile devices,” said David Weaver, NASA associate administrator for Communications. “Now, users with the latest Apple TV can explore and enjoy our remarkable images, videos, mission information, NASA Television and more on the big screen with the whole family.”

The NASA app for Apple TV offers the following features:

The app is available as a free download in the App Store on Apple TV.