NASA’s Perseverance rover, which landed on Mars last month, is powered by a PowerPC 750 processor, which is the same processor used in Apple’s original 1998 iMac G3 see-through desktops, New Scientist is reporting (via Gizmodo). 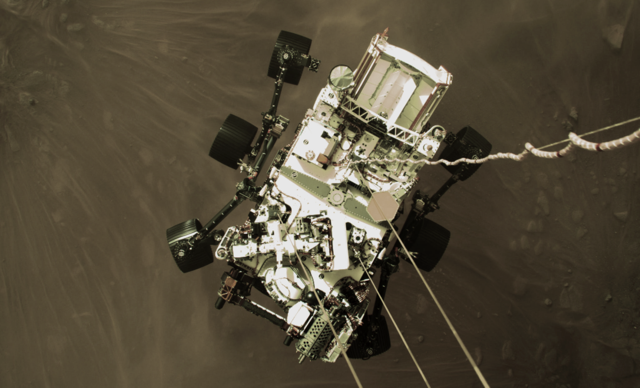 The PowerPC 750 was a single-core, 233MHz processor, and was the first to incorporate dynamic branch prediction, which is still used in modern processors today. However, there’s a major difference between the iMac’s CPU and the one inside the Perseverance rover.

The report details that BAE Systems manufactures the radiation-hardened version of the PowerPC 750, dubbed RAD750, which can withstand 200,000 to 1,000,000 Rads and temperatures between −55 and 125 degrees Celsius.

Mars doesn’t have the same type of atmosphere as Earth, which protects us from the the sun’s rays, so one flash of sunlight and it’s all over for the Mars rover before its adventure can begin. Each one costs more than $200,000, so some extra protection is necessary.

But why use a processor old enough to remember when Eve 6 released its first album? It has nothing to do with cost—those old processors are the best ones for the job because they are reliable. NASA’s Orion spacecraft, for instance, used the same RAD750 processor.