National Film Board of Canada Releases New iOS App: ‘The Cancer of Time’ 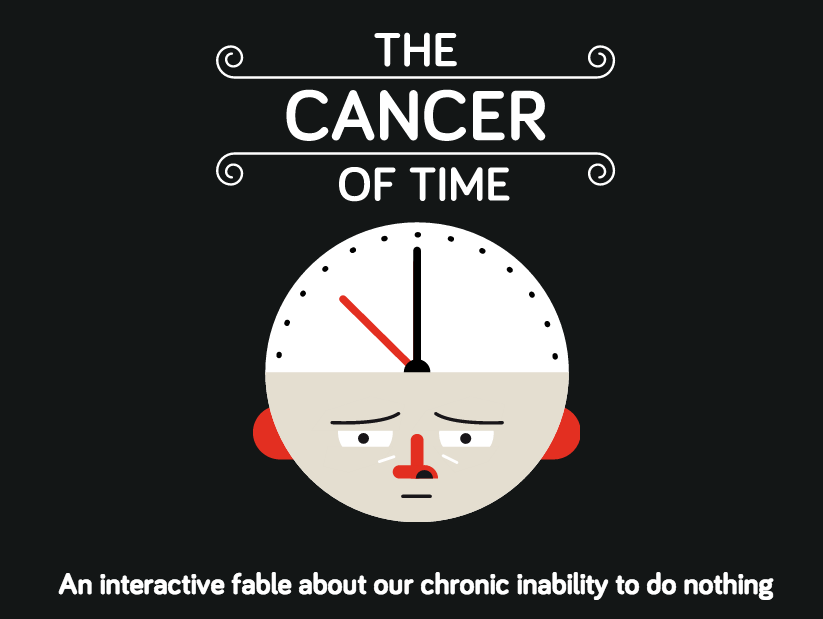 The National Film Board of Canada (NFB) and France Televisions have teamed up to launch a new mobile app called “The Cancer of Time.”

The app has been designed as an interactive fable that invites its users to explore the concept of wasting time. The fable contains five scenes: Stopped Time (doctor’s office), Private Time (sleepless night), Dead Time (in the car), Pass Time (family dinner), and End Time (diagnosis and treatment). 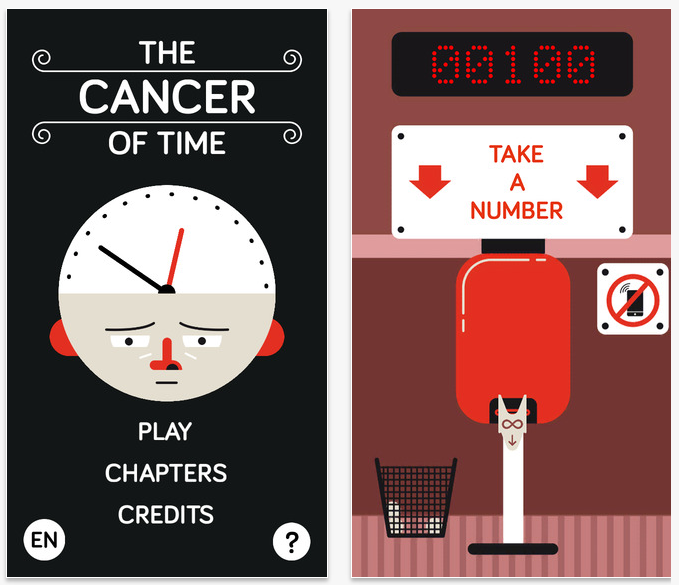 Each approximately 15-minutes long scene explores our inability to do nothing by examining using the devices that are often used to fight our boredom.

“This interactive and mobile application makes us ponder over our chronic inability to do nothing. In the form of a philosophical and playful tale, this application blurs the boundaries between gaming and animation. We follow an ordinary yet endearing character as he leaves a medical examination, suspected to be suffering from the disease of the century: the cancer of time.” 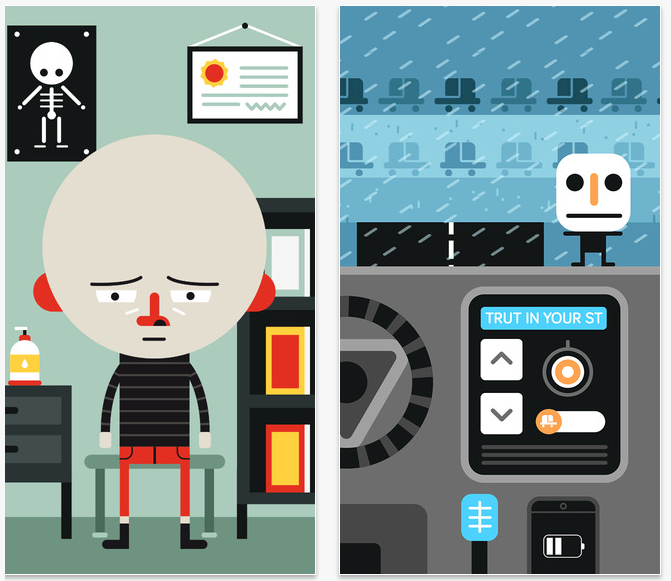 The Cancer of Time is available as a free download from the App Store. The app requires a device running iOS 6 or later and has been optimized for the iPhone 5.