National Indigenous History Month in Canada Gets Its Own Twitter Emoji

Twitter Canada is helping Canadians celebrate National Indigenous History Month, and for the first time in 2018, explains the social network, an original Twitter emoji has been created to kick off the occasion. 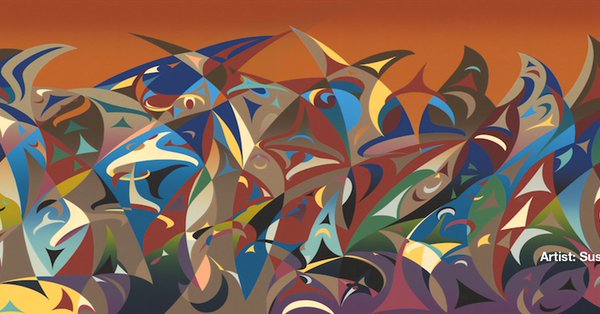 “Woven Forest” by Susan A. Point

The following six hashtags used in the month of June will unlock a custom emoji, designed by @chiefladybird. She held a poll in May and the majority of users wanted to see a Turtle Island emoji created, which is what we have today.

Twitter also teamed up with Coast Salish artist, Susan A. Point, a descendant of the Musqueam people, to create art work for the social network’s profile page.

The social network explains in a blog post, “The Indigenous conversation on Twitter has been robust in recent years. Hashtags such as #IdleNoMore and #MMIW (missing and murdered Indigenous women) have been used to raise awareness, fuel conversation and inspire activism.”

Some of the most prominent Indigenous accounts on Twitter include @CBCIndigenous and @IndigenousXca.