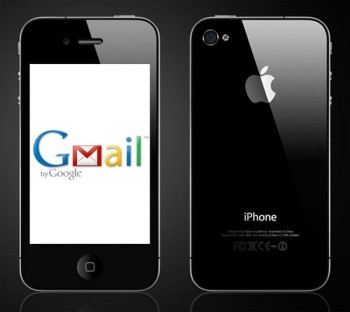 Could a native Gmail iPhone app be coming soon? MG Siegler writes sources tell him Google has already submitted this app to Apple for review, and it could be coming very soon:

Perhaps the biggest issue with using Gmail through the iPhone’s native mail client is that Gmail is not Push-enabled. Yes, you can hack it to work through Exchange, but then you lose other functionality, such as the ability to star messages via flags.

The native Gmail app will likely bring other key functionality as well: like Priority Inbox and one-click starring of messages. Other possibilities include some of the stuff Google is about to roll out for Gmail proper: like contact icons, better threading, and deep searching functionality. Maybe there will even be some Google+ integration, which Google is also hard at work on for Gmail.

Currently, the only Gmail option for iOS users is either the Safari Mobile optimized version and the Google Sync setup for push email. This new native Gmail app will finally bring to iPhone users what we’ve been longing for that Android users have had from the beginning–a seamless email experience. Previously, we heard about offline Gmail at the 2009 Mobile World Congress (MWC).

Google has already released a plethora of native apps for iOS, such as Latitude, Translate, and Google Earth. A native Gmail app would be the icing on the cake.