Apple’s CarPlay brought the iOS experience on four wheels and did address some of the existing scenarios drivers face each day, but it couldn’t solve the limitations of both the in-dash and phone displays when it comes to navigation. The biggest issue of the in-dash display: how to keep your eyes on the road as you drive while trying to concentrate on both the road and the centre console. Navdy HUD aims to solve this hurdle. 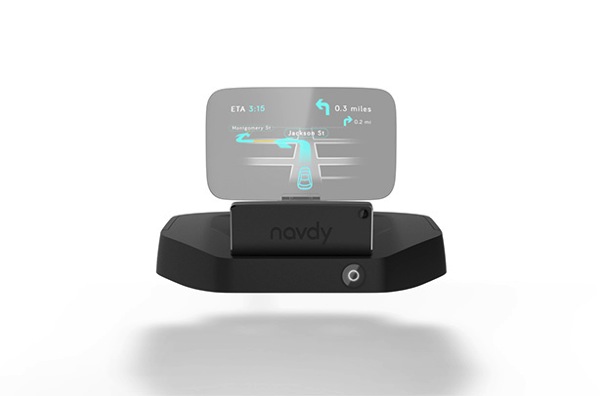 Navdy uses a transparent 5.1-inch Head-Up Display (HUD) and a high-quality projector to project a bright transparent image directly within your field of vision that appears to float six feet in front of your windshield. The display extends the apps you already have such as Google Maps, iTunes, Twitter, Spotify, and more. It connects to your iPhone using Bluetooth and Wi-Fi. 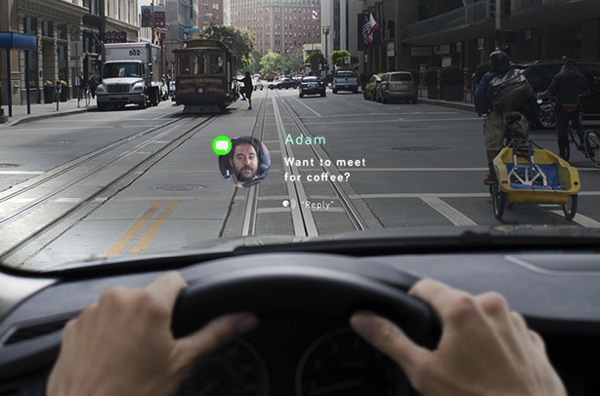 The hardware connects to the dash using a combined silicon friction mount and a magnetic interlock, and it draws power and data from your car’s diagnostic (OBD-II) port available in all cars produced since 1996. This also allows Navdy to display your speed, as you can see in the video embedded below:

Navdy can be controlled by gestures or by voice: You can dictate messages, share your location, and get directions, just like you do when using Siri.

Navdy can be pre-ordered now for $299 (+ shipping fees), and you can save $200 off the regular $499 retail price (International shipping is $10 extra). For more information, visit the company’s website: www.navdy.com.