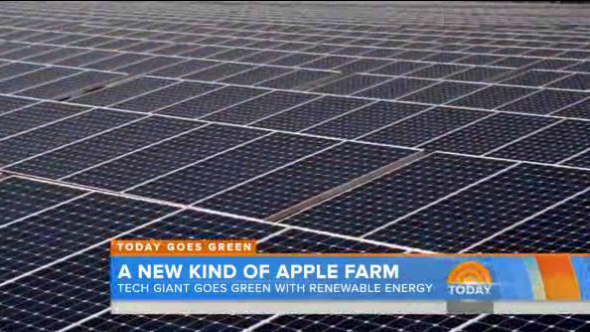 The three minute clip, located below, gives views a peek inside Apple’s data center operations and details the company’s latest ‘green’ initiatives. The video also details some of the equipment used to power the data center.

“We think this is an opportunity for us and for our sector to leave it better than we find it, to actually help people convert to cleaner energy without even knowing they’re doing it.”

The data center runs Apple’s iCloud online backup and synchronization service, along with many other things. The facility was unveiled in 2011 and it now runs on 100 percent renewable energy, thanks to solar panels and other technologies.

Thomson noted that while other tech companies like Google, Facebook and Yahoo use clean energy at their respective data centers, only Apple’s is using 100 percent renewable power.

This rounds out an unusually heavy PR week for Apple, as it continues to tout its ‘green’ and environmentally friendly achievements in honour of Earth Day.