NBCUniversal’s Peacock Officially Launches in the US with iPhone, iPad, and Apple TV Support 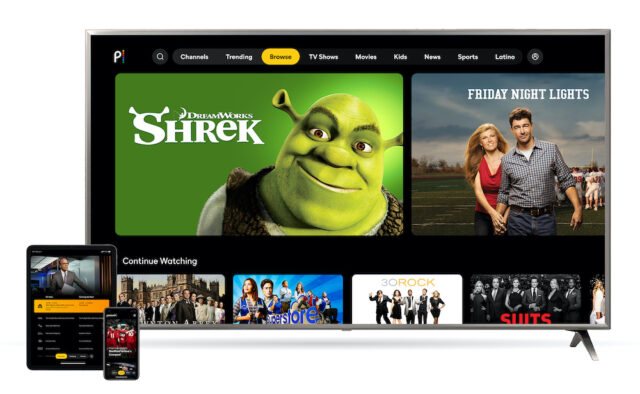 NBCUniversal’s streaming service Peacock has officially launched in the US today and looks to find itself a home alongside services like Netflix, Disney Plus, HBO Max, and Hulu.

While Peacock has already had a soft launch, accessible to Xfinity X1 and Flex cable customers since April, today marks the launch to general users. Peacock is currently only available in the US. Users can sign up and begin streaming content on a variety of devices including iPhones, iPads, Apple TVs, Android and Android TV devices, Chromecast, Xbox One, Vizion SmartCast TVs and LG SmartTVs, according to TechCrunch.

Peacock is the home to popular titles such as Saturday Night Live, Parks and Recreation, Downton Abbey. It will also be the only way to stream The Office when it leaves Netflix at the end of 2020. Peacock will also offer exclusive content such as reboots of Punky Brewster, Saved by the Bell, and Battlestar Galactica.

NBCUniversal is offering Peacock with three subscription tiers. The free tier will include 13,000 hours of content, including a backlog of older content. Newer shows like This is Us and The Blacklist will appear one week after they air. Live sports will also be included such as four exclusive Premier League soccer matches the U.S. Open, an NFL Wild Card Playoff Game. The free tier will also include sample episodes of the original content.

A $4.99 USD Peacock Premium tier is also available and will offer full access to all content available on Peacock. Though, alongside the free tier, Peacock Premium will include commercials. To get an ad-free experience, users must sign up for the $9.99 USD tier to stream content without ad interruptions.

It’s unlikely that Peacock will debut in Canada. Recently, Corus announced that it has acquired the rights to air NBC Peacock’s original content. However, it’s still currently unknown where the content will land. Corus may air the programs on traditional television bundles or may include it via StackTV.