Latest update to the Nest apps on both iOS and Android has introduced a bunch of new and improved features to Nest Cams, especially for subscribers of Nest Aware. Over the next few weeks, Aware customers will see automatic door detection appear on both their indoor and outdoor Nest Cam feeds, as pointed out by Engadget. 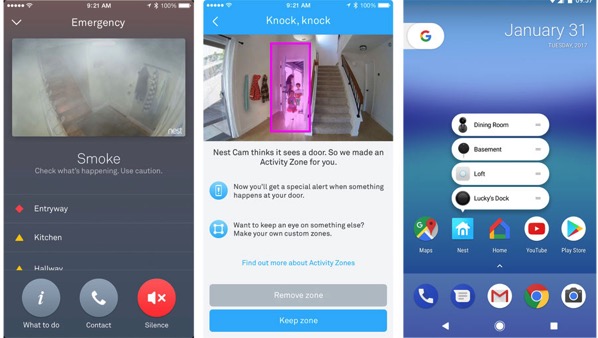 Following the update, Nest cameras will start recognizing motion patterns over time, feeding the data into deep learning algorithms to make it all automated, and creating “activity zones” automatically around doors picked up by each camera. The cameras can then send users notifications when there’s movement in that area. Users will also be able to redraw activity zones if a camera detects something different, or if there are multiple doors.

“Subscribers on iOS 10 or Android 7 will also get animated previews from their Nest Cams without having to open the app, while Nest Protect alerts (for carbon monoxide levels and smoke) will pull together live video from all of your Nest Cams.

Your Nest Aware video history will also be easier to navigate, with the ability to jump to specific dates — as long as you know which day you’re searching for to begin with”.

Latest version of Nest app is available at the following App Store link: