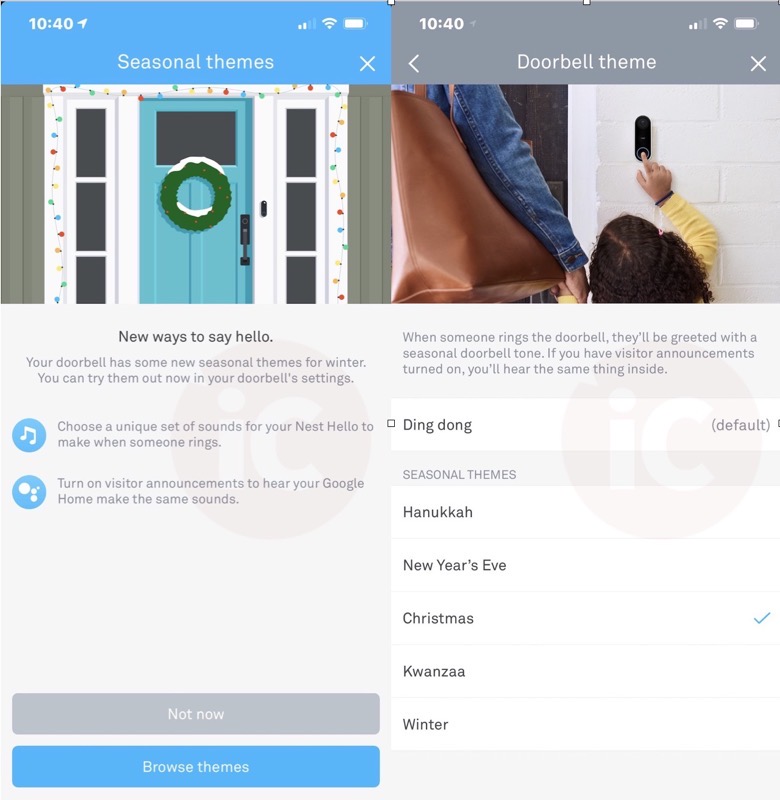 Google’s Nest Hello video doorbell has brought back its seasonal themes just in time for the holidays.

“New ways to say hello”, explains the over-the-air update. “Your doorbell has some new seasonal themes for winter. You can try them out now in your doorbell’s settings,” explains Nest.

When someone rings your doorbell, they’ll hear from one of the following seasonal themes that you can choose from:

This year, the Kwanzaa seasonal theme is new, compared to last year’s winter tones. You can enable a winter tone by going to Settings inside the Nest app.

If you have Visitor Announcements turned on, you’ll also hear these inside your home from your Google speakers.