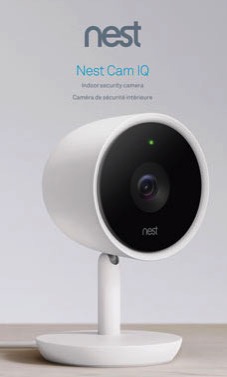 Nest has today released an over-the-air update for indoor Cam IQ, that brings native support for Google Assistant to the company’s smartest indoor camera. According to Engadget however, the outdoor version of Cam IQ has not received the update. Additionally, Nest is also tweaking its subscription service tiers, with a new $5/month plan for five days of cloud storage.

“Once devices have received the update, they can perform the same tasks as any other tech with Google Assistant on board. It can perform basic Google searches, tell you about the temperature and weather, add appointments to your calendar and more. Users can also control other Nest devices in their home through the Nest Cam IQ.”

Among other tweaks and upgrades, Nest new also claims to have made its Nest Aware alerts more intelligent. The camera can now differentiate between a person and a thing in motion zones and has improved facial recognition.

Last week, Alphabet announced that it is folding Nest back into Google, a move that put Nest under Google’s hardware division head, that makes the Pixel smartphones and Google Home speakers.

The Nest Cam IQ indoor camera is currently available for $399.99 at BestBuy.