Google appears to have a new Nest Thermostat in the works, according to new FCC documentation. 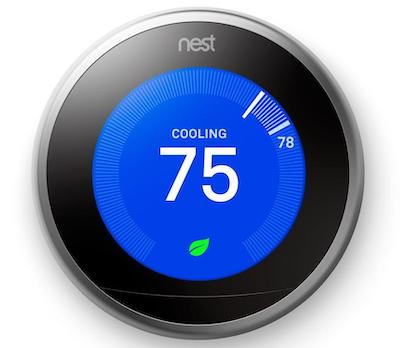 The filing, first spotted by Droid Life, is for a new Google device simply called “thermostat” with the model name “G4CVZ.” According to the specs listed, the thermostat will have a better version of Bluetooth (Version 5.0) than the Nest Thermostat and Nest Thermostat E, and will use the latest Wi-Fi technology.

What’s more interesting, however, is the fact that it will include a 60GHz transmitter, similar to the one we’ve seen previously on the Google Pixel 4 for motion controls.

One possible use for a 60GHz transmitter is “WiGig,” a 60GHz form of Wi-Fi that can hit 7Gbps. High-speed data transfers don’t really seem appropriate for a thermostat, however, so the other more likely possibility is Project Soli, Google’s air gesture system that was first commercialized late last year on the Pixel 4.

When Google first pitched Soli to the public, the company promised the technology could detect “sub-millimeter motions of your fingers.” The Soli-powered Motion Sense gestures on the Pixel 4 fell short of that promise, likely because Google had to shrink the Soli radar chip to fit within the top bezel of the phone.

A new Google Nest Learning Thermostat, however, will likely be larger and thus have more room to fit a larger Soli radar chip than the one in the Pixel 4. If that’s the case, this chip could allow users to potentially control the new Nest thermostat using air gestures.

It’s unclear when Google plans to take the wraps off its new thermostat, but it could happen at the same time it unveils more information about the upcoming Pixel 4A 5G and Pixel 5.