For the first time since it joined the Google family, Nest labs will start sharing user information with its parent company. According to Matt Rogers, co-founder of Nest, the parent company will connect some of its applications to Nest, enough for Google to know whether its users are at home or not (via the WSJ). 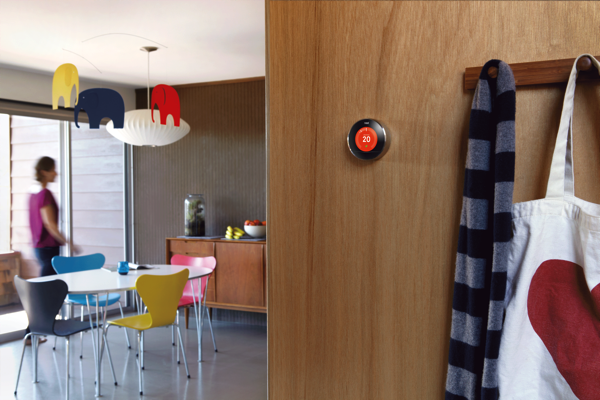 Such connections will bring two major customer experience enhancements: first of all, you can adjust the temperature with a simple voice command to a Google mobile app, and secondly, by detecting your location, Google Now can set your home’s temperature based on your position. For example, it can determine whether you are heading home or not.

Users will have to opt in for their information to be shared with Google, Rogers said. “We’re not becoming part of the greater Google machine,” he said.

The move is part of Nest’s effort to become the operating system for the smart home, as it will allow developers of appliances, light fixtures, and more to access user information. As the Nest announcement highlights, developers (Google included) will be able to access Home and Away states, peak energy rush hour events to build interesting and meaningful integrations, but customers need to authorize a connection before any data is shared.

Nest believes in being open and honest about how we use customer data and we do everything we can to protect customer information. For authorization, we use the industry standard OAuth2.0. In addition, we require that our developers let users know what information they’re requesting and why they’re requesting it. That way, when users choose to authorize a connection between their Nest device and another product, they understand exactly what they’re authorizing and how it will benefit them. Nest limits the amount of data held by developers by not sending them personally identifiable information about users or permitting them to retain more than ten trailing days of data. Users can choose to disconnect an integration at anytime. If for any reason they decide to delete their Nest account, Nest will automatically disconnect any active integrations, as well as erase their personal information from Nest servers.

Since Google’s privacy violations have made headlines over the past few years, privacy watchdogs will keep an eye on Nest and Google, but according to Justin Brookman, director of consumer privacy at the Center of Democracy and Technology, if Nest users are properly informed and opt-in, he wouldn’t be concerned about a potential violation of privacy.