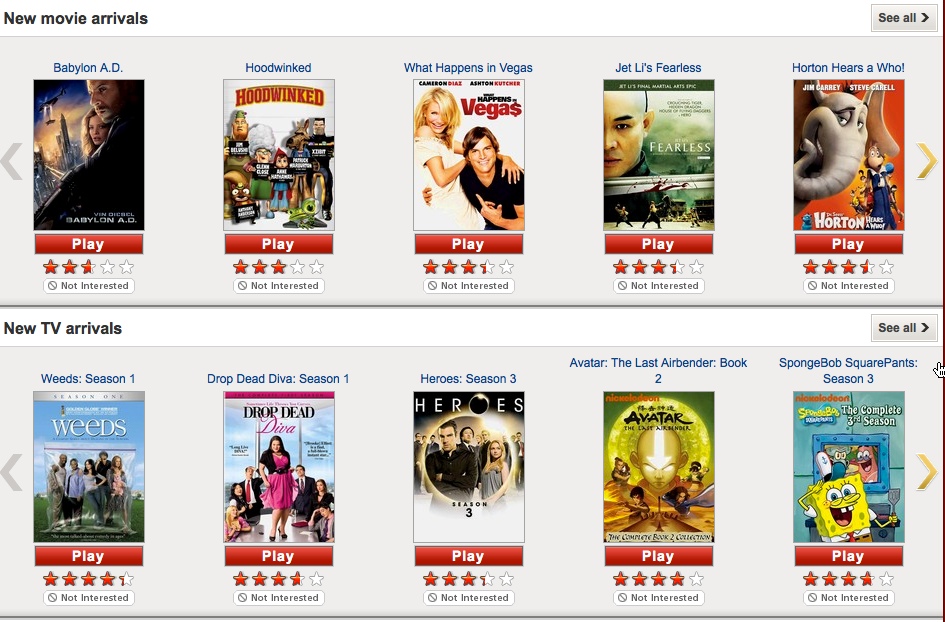 Netflix Canada. Hearing those words can either make you cringe or smile. For me, I’ve been pleased with the online streaming service since its late September launch in Canada. We got the streaming-only Netflix TV/movie option before our American neighbours down South! It’s true–we aren’t always the last to get the latest tech!

Netflix Canada Adds Some Notable New Releases To Its Library

I love watching Netflix on my Apple TV and iPhone. It’s great to be able to continue where I left off when I’m watching the remaining episodes of Mad Men Season 3. Although seasons 1-3 of Mad Men were the significant highlights of the initial Netflix Canada launch, there wasn’t much else to really look forward to.

According to the CBC:

Among the television series Netflix now offers are seasons one through four of The Tudors, the acclaimed CBC series that follows the life of King Henry the 8th. Other series from CBC now on Netflix include Men with Brooms and Republic of Doyle.

Under a deal with Global TV, Netflix now offers the past two complete seasons of Saturday Night Live, as well as a number of SNL “best of” features. Netflix has also picked up seasons one through five of the Canadian TV hit Kids in the Hall.

“Adding to the choice of content we offer our members is an ongoing focus for Netflix in Canada,” said Kelly Merryman, the vice-president of content acquisition for Netflix.

“TV content continues to be extremely popular with our members, and we believe that they will be delighted with the expanding list of critically acclaimed and popular series TV series available to watch instantly.”

Netflix Canada has been slowly adding to its library. Here are some new releases that I noticed that are worth watching:

There’s certainly a lot more that I didn’t list, and the Children’s section has vastly increased as well. I know a lot of people dogged on Netflix Canada (and they still do) when it launched due to its pathetic library. But honestly, there are some gems to be found. You just have to browse for them online. If you don’t subscribe to cable, or you have basic cable, Netflix is the perfect addition to you entertainment library.

For $7.99/month to stream all you want, to multiple iOS devices (plus your PC/Mac, XBOX, Wii, and PS3), Netflix is worth it in my opinion. For those days when you want to watch old classics such as Predator, Short Circuit, T2: Judgment Day (can you tell I like action flicks?), or Super Troopers, Netflix wins versus renting or trying to download movies online.

Netflix is still offering their one month free trial of the service. Click here to sign up today.

Are you still subscribing monthly to Netflix? What are some good/bad shows you’ve watched lately?