Netflix has released their Canada ISP Speed Index rankings for June 2014, and the major changes show SaskTel and MTS have moved up the ranks after implementing DSL and fiber connections:

Canada: After breaking out DSL and fiber from MTS and Sasktel, fiber networks of both providers ranked high in performance, with MTS Fiber taking the third spot and Sasktel Fiber coming in fifth. 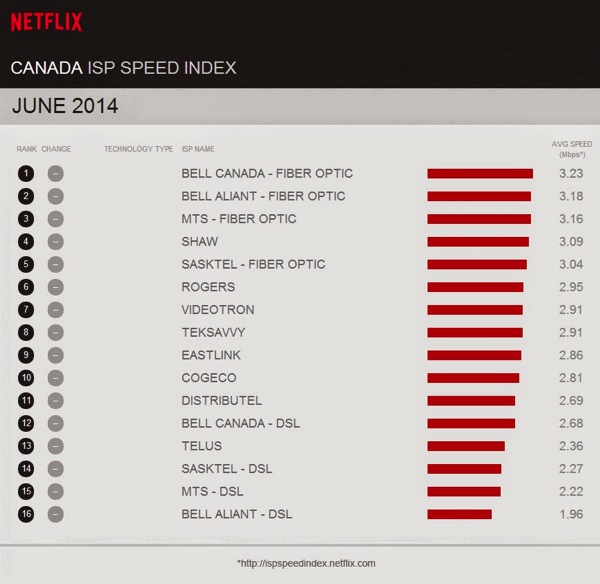 As we can see from the chart above compared to the previous speed index, Rogers now moves into sixth place (it was 12th in May), Telus saw its rank drop to 13th, one spot behind Bell’s DSL. The ‘Big 3’ have been part of the Netflix Open Connect network since early 2013.

Netflix says its Speed Index is based on data from its over 48 million customers worldwide who stream over 1 billion hours of TV and movies monthly.

If you haven’t tried it yet, here’s how to watch Netflix USA in Canada on your iPhone or iPad.