Netflix has announced its March ISP speed index for Canada, which ranks providers based on their average speeds for the “best prime-time” streaming experience, according to the company’s tests.

In Canada, TekSavvy continued its climb, increasing two spots to No. 10 with an average speed of 3.08 Mbps, up from 2.91 Mbps in February when it moved up one.

Based on the charge below, there are no major changes but we see Videotron jumping up one spot to third overall, while Teksavvy moved up two spots to tenth. MTS’ finer optic, along with TELUS and Distributel all dropped one spot: 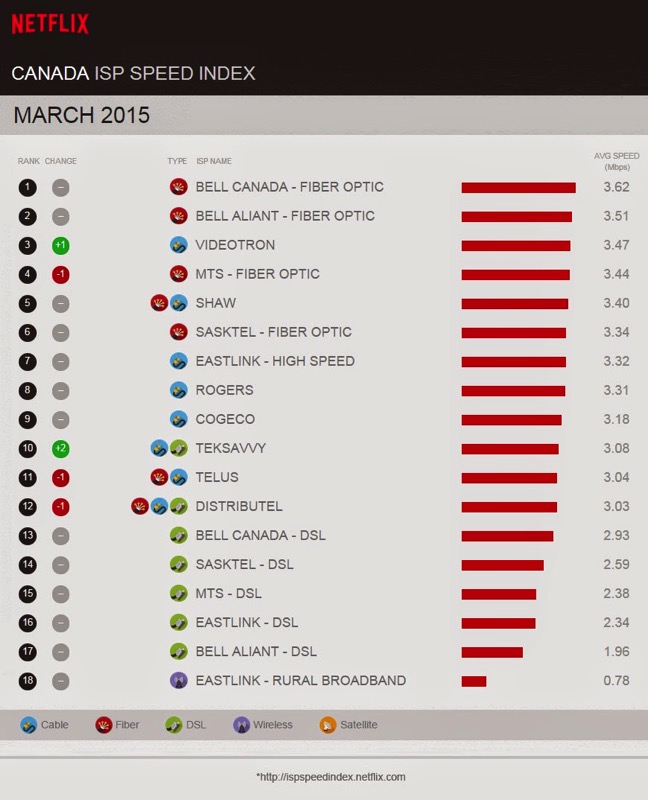 While these speed test rankings may not reflect much in real life usage, it allows Netflix to put public pressure on ISPs to ensure steady bandwidth, as public perception of these rankings may play a part in deciding which company to go with.

Quora has just opened public access to its AI chatbot ‘Poe,’ which lets people ask questions, get instant answers, and have back-and-forth conversations. Poe allows users to ask questions from a range of AI chatbots, including those from ChatGPT maker OpenAI, as well as other companies like Anthropic. Quora’s chatbot is currently available on iOS, but...
Usman Qureshi
32 mins ago