Last fall, Netflix explained a price hike would be coming for legacy users, after increasing its starter prices by $1 to $9.99 per month. The reason for the increase at the time was so the company could “continue adding more TV shows and movies including many Netflix original titles, we are modestly raising the price for some new members in the U.S., Canada and Latin America.” 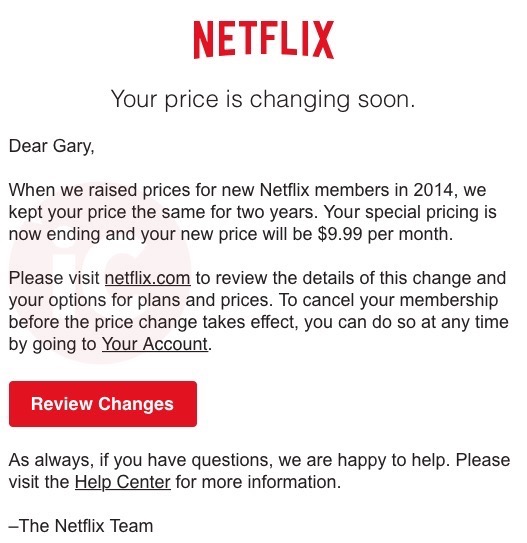 If we want to change our streaming plan, the only options are to downgrade to $7.99 for one screen at a time in standard definition (ain’t nobody got time for dat) or the four screens plus HD and Ultra HD for $11.99: 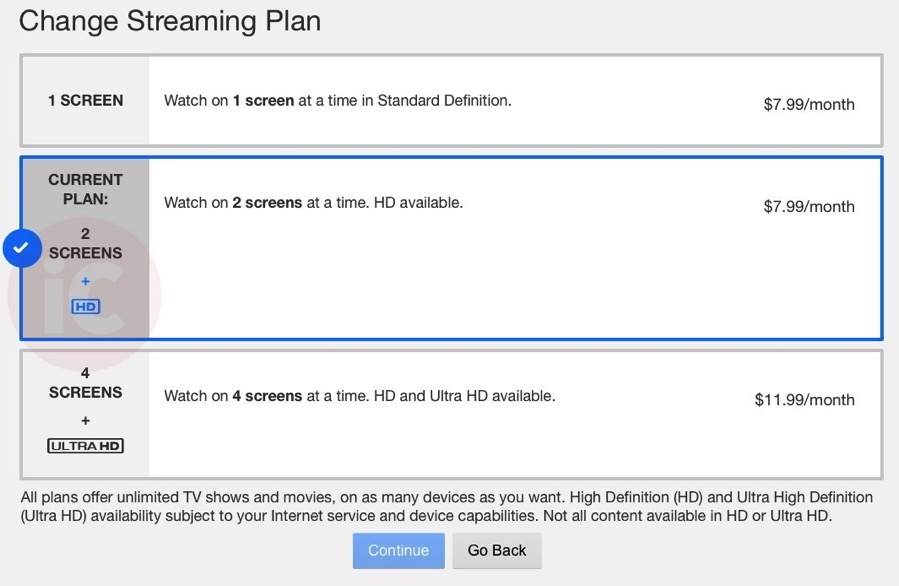 Netflix isn’t shy about telling members to cancel their subscriptions too if they’re not happy about the price increase: 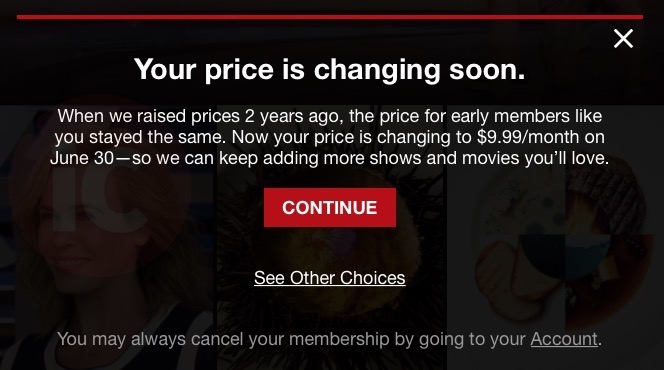 I’m sure most people won’t mind about the $1 increase, but for some that may be a deal breaker. Some that do subscribe to Netflix in Canada also expand their libraries by using VPN services to unlock geo-restricted content.

Are you ready to pay a bit more for Netflix Canada? Despite our ‘smaller’ library, we will be getting exclusives, such as the upcoming stream of Star Wars: The Force Awakens.