“Netflix delights members by giving them choice, convenience and control over the entertainment they love for an incredibly low price.”

Another Netflix original, “Lilyhammer,” starring Steven Van Zandt of “The Sopranos” and Bruce Springsteen’s E Street Band, as a New York gangster in Norway, premieres on Netflix in the U.S., Canada and Latin America on February 6th:

“Lilyhammer,” follows New York mobster Frank “The Fixer” Tagliano as he enters the federal witness protection program after ratting on his boss. A sports fan, Frank wants to make his new life in Lillehammer, the Norwegian town that hosted the 1994 Winter Olympics – or as he calls it “Lilyhammer.” Frank has visions of a paradise of “clean air, fresh white snow and gorgeous broads” far away from the temptations of the Big Apple and from mob hit men. Reality, of course, turns out to be spectacularly different. 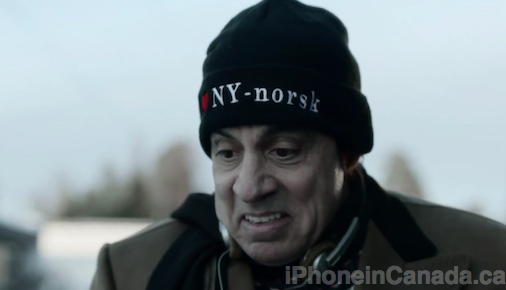 All 8 episodes of the season will be available on February 6th for members. This changes the game as Netflix takes the initiative to become a content creator on top of distributor. The other upcoming original production is the political thriller “House of Cards”, starring Kevin Spacey and produced by David Fincher. The trailers is below:

Netflix members can watch content through the Netflix iOS app, on their computers, or game consoles. Right now you can actually access the U.S. library with your Canadian account by using a VPN.

1Password developers have just shared a preview of all the new features and improvements coming in their next major update, especially for iOS users. Reorder fields and sections inside items One of the biggest improvements in the forthcoming 1Password 8 update will be the ability to reorder fields and sections within items. "Just edit the item,...
Usman Qureshi
9 mins ago

Apple analyst Ming-Chi Kuo has today claimed in a series of tweets that only the highest-end 'iPhone 16 series’ model will feature a periscope camera lens next year. Earlier this month, a report by The Elec noted that the new periscope camera lens expected to debut this year exclusively in the iPhone 15 Pro Max will...
Usman Qureshi
34 mins ago

Instagram co-founders Kevin Systrom and Mike Krieger are making a return with a brand new project called ‘Artifact,' a personalized news feed driven by artificial intelligence. As noted by the Platformer, the app uses machine learning to understand your interests and will soon let you discuss those articles with friends. The company plans to let users in...
Usman Qureshi
55 mins ago