Last May, Netflix launched FAST.com, a speed test site for the public and its members to test their Internet speeds worldwide based from the company’s servers.

Fast forward over a year later and Netflix has announced FAST.com has crossed a milestone of over a quarter billion speed tests run, from around the world, as of a few days ago. Netflix explains tests on FAST.com increased by roughly 10 percent each month since its launch.

As for tests run on the mobile browsers or the FAST.com iOS or Android apps, Netflix says it’s about a 50/50 split. Most speed tests are run throughout the day but evenings see a spike during primetime. But in places like Japan, speed tests are more popular later at night around 9-11PM, while in India, tests spike during 9-11AM local time.

Netflix says to celebrate this milestone, they’ve launched new ways for customers and users to share their FAST.com results on social media. New Facebook and Twitter buttons lets users boast about their Internet speeds to friends and family easily, as seen below: 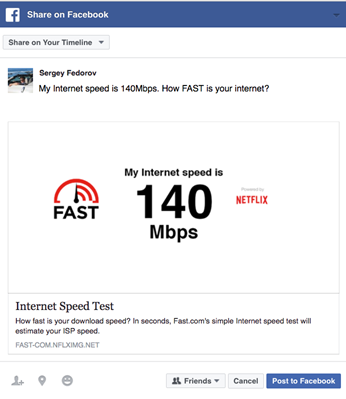 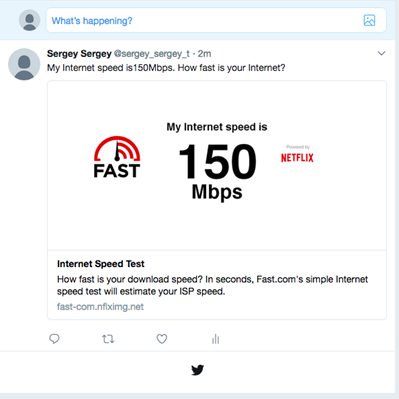 What are your current Internet download speeds via FAST.com?