Nearly two years ago, Netflix launched FAST.com, a free internet speed test to let customers check their speeds from their internet service providers. Today, a couple of new metrics are now available for this speed test.

According to Netflix, “Unloaded latency measures the round-trip time of a request when there is no other traffic present on a user’s network, while loaded latency measures the round-trip time when data-heavy applications are being used on the network,” explains Sergey Fedorov, senior software engineer on the content delivery team.

Netflix says “We’re adding these new measurements to FAST.com so that consumers will have a more comprehensive view of their internet connection speed at any given time.” The company says if you’re having issues with your internet

On FAST.com, after generating a speed test, you can click “show more info” to view your latency and upload speed results, plus more settings to tweak your parallel connections, test duration, whether you want to measure loaded latency during upload, or always show all metrics. 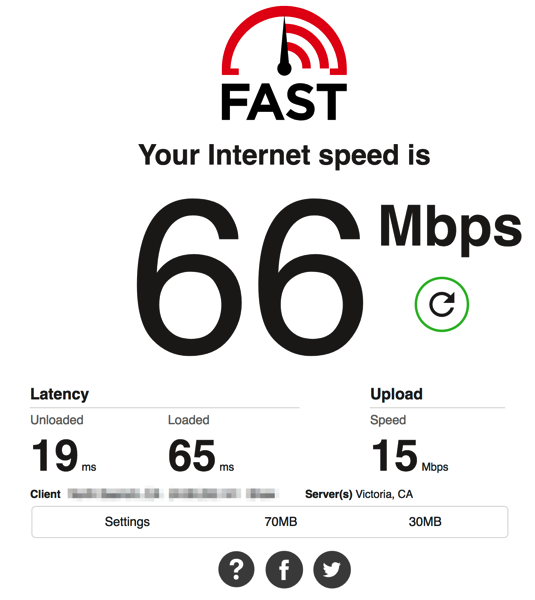 Since its launch, FAST.com has generated over half a billion speed tests worldwide, with usage doubling in the past seven months alone. There’s also a free FAST.com iOS app as well for download.

Shortly after launching FAST.com in 2016, Netflix frequently reported monthly Canadian ISP speed test data, which showed Canadians how their providers were doing, even leading some companies like Rogers to defend their poor results during initial tests.