Netflix has released their monthly ISP speed index and for July, MTS’ Fiber Optic, Teksavvy and Telus all moved up the ranks by one spot out of ISPs in Canada.

The company says this month, Canada, along with 12 other nations get technology icons to make comparing performance among ISPs easier for that have different types of networks. 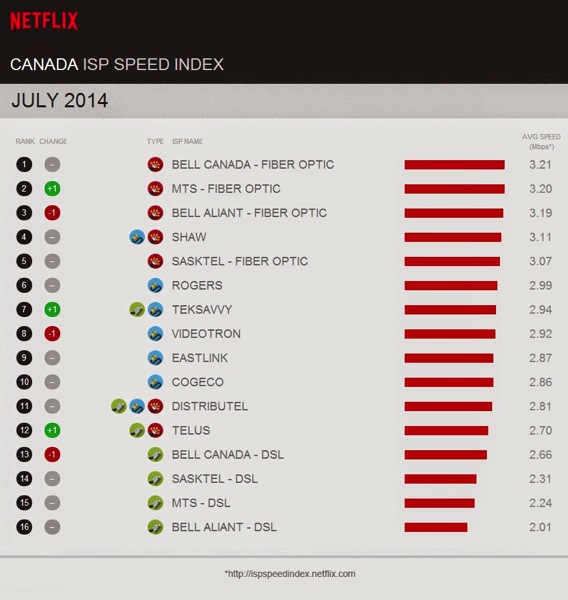 Netflix says their ISP Speed Index is based on data from over 50 million members worldwide and their over 1 billion hours of monthly streaming. As for the numbers listed, the company says they “reflect the average performance during prime time of all Netflix streams on each ISP’s network and are an indicator of the performance typically experienced across all users on an ISP network.”