Netflix has released their monthly ISP speed index and for January 2015, the Canadian rankings saw “much movement” according to the company, with Shaw seeing a drop of a couple spots, while SaskTel rose two spots to number four:

The full rankings are pictured below, which also saw TELUS and Bell’s DSL service jump up one spot: 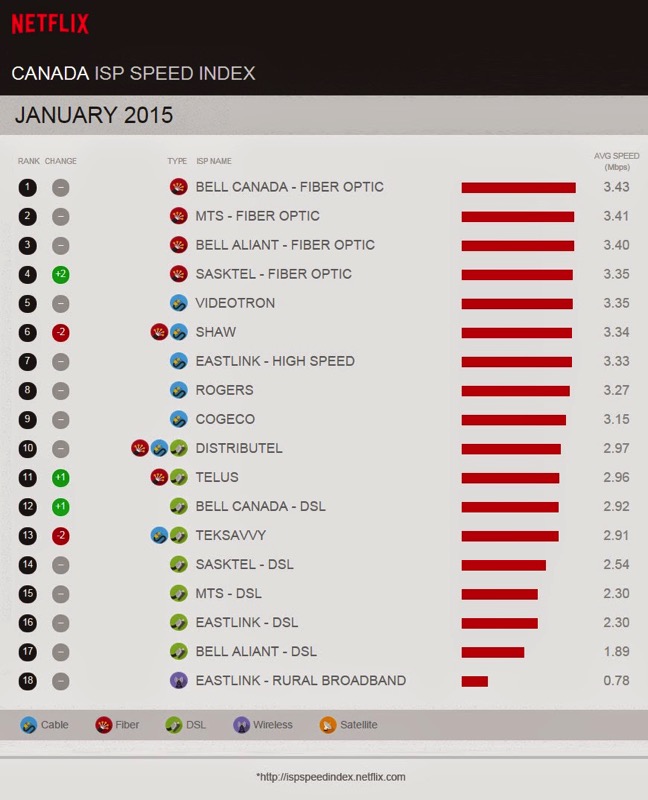 Shaw hiked their Internet prices at the start of this year which caused consumer groups such as OpenMedia.ca fear the ‘Big 3’ could follow, saying “Make no mistake: if Shaw gets away with this, others like Bell, Rogers, and Telus will soon follow.”

Last month, Netflix announced it had reached 57 million users worldwide. Meanwhile, the service launched today in Cuba, part of the company’s aggressive worldwide expansion over the next two years.