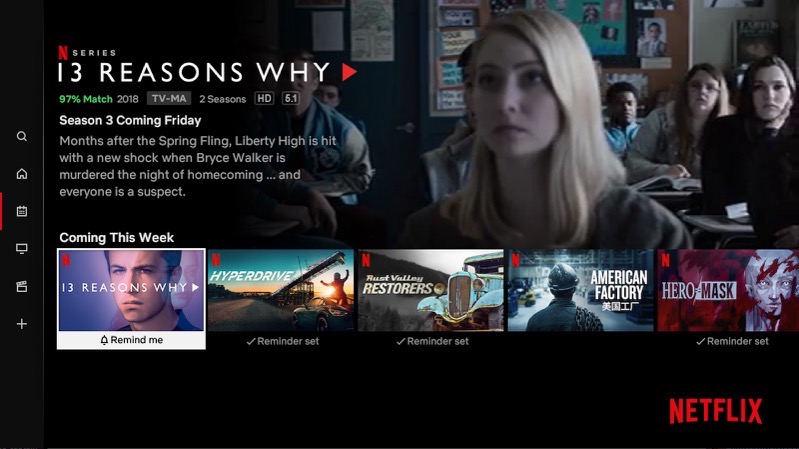 Netflix was spotted testing a ‘latest’ section last month on select televisions and now the company has officially announced the feature is rolling out to more devices.

In a company blog post, Netflix explains, “The new ‘Latest’ tab, located on the left side navigation bar, will break titles down into three helpful new categories: ‘New This Week,’ ‘Coming This Week,’ and ‘Coming Next Week.’”

Netflix says the new feature will “continue to roll this out on eligible devices over the next few weeks,” which includes all Netflix enabled devices, plus game consoles and Roku devices. Smart televisions will see this update in the coming months.

A new feature will also be a ‘Remind me’ button on specific upcoming titles, so you can get a notification on when they are available for viewing.

Variety previously reported the Netflix app has a ‘coming soon’ feature for Android, while the company has been testing a similar feature on iOS, but we haven’t seen it yet.

“Sparking joy with members is always at the top of our list, so we hope these new rows will deliver on that,” concluded Netflix.