Netflix Now Reaches 1 in 10 Canadians According to Survey 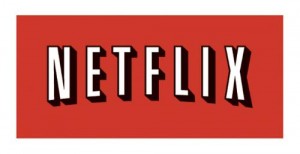 According to a survey from CBC/Radio Canada, Netflix now reaches 1 in 10 Canadians:

“Netflix viewers watch 28 per cent more TV than the average Canadian when including their Netflix viewing,” said Mark Allen, director of research and strategic analysis at CBC/Radio-Canada, which ran the survey of 8,000 Canadians in the fall, a year after Netflix launched in Canada.

The findings came out of the Media Technology Monitor telephone survey of 4,000 anglophones and 4,000 francophones between October and December. The results are considered accurate within plus or minus 1.1 percentage points, 19 times out of 20.

Last Fall, Netflix Canada surpassed 1 million subscribers–I don’t think we’re close to reaching a tenth of the Canadian population yet. Maybe 1.5 million at max? Nonetheless, Netflix yesterday noted their Canadian library continues to get ‘beefed’ up, and if you compare the content today with its humble beginnings, it’s night and day.

Also noted within the survey:

Has your Netflix subscription helped you ‘cut the cord’? Netflix has already started streaming some exclusive content, such as Lilyhammer with plans for more shows to come.

Netflix Canada is available for $7.99/month.