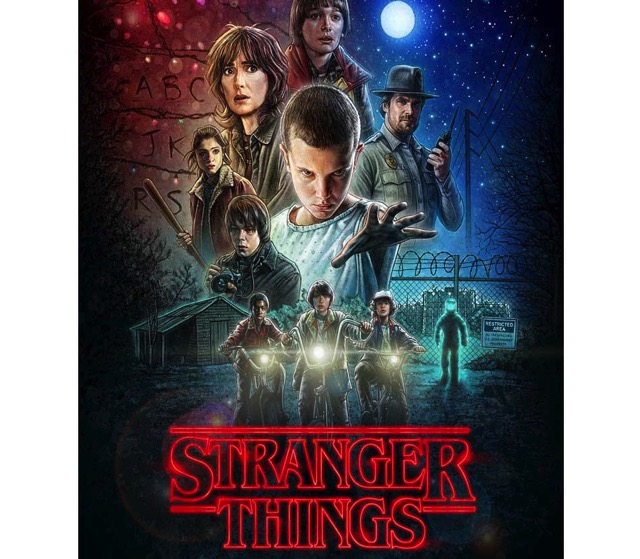 As reported by Mashable, UK-based artist Kyle Lambert used the Apple Pencil to draw the iconic poster for the Netflix original TV series “Stranger Things”. The artist used Procreate for iPad Pro and Adobe Photoshop for the Mac to give the poster its final look. “This was a very exciting project for me, as an artist that trained with oil paints, I really enjoyed the challenge of reproducing this traditional painting style using digital tools,” Lambert said.

“I used the iPad Pro to do the preliminary composition ideas and the sketch that became the final Stranger Things poster. I chose to use the iPad Pro for the drawing stage of the poster because I find that I am able to sketch in a very natural way on the device using the Apple Pencil. The device in general is nice to hold for long periods of time, it is really portable and Procreate, the app that I used, has some really great Pencil brushes for drawing with.”

Lambert however explained that the whole process wasn’t as simple as grabbing the tablet and simply churning out fantastic art. He revealed that after completing the sketch, he did some basic tonal blocking in Procreate and exported the artwork to Photoshop where he upscaled the image to a higher resolution. The main reason for this was because of the necessity to paint small elements at the best possible resolution should they need to be enlarged later.

“Once the overall [Stranger Things] image was coming together, I exported a flat version of the poster back to the iPad, and used Procreate again to add layers of detail to areas that I felt needed to have a more fluid sketch style,” says Lambert. “I did several layer adjustments like this between the two devices and applications to give the poster a finished look.”

The widely shared poster art certainly shows how one can deliver incredible art results using the power of the Apple Pencil and iPad Pro.