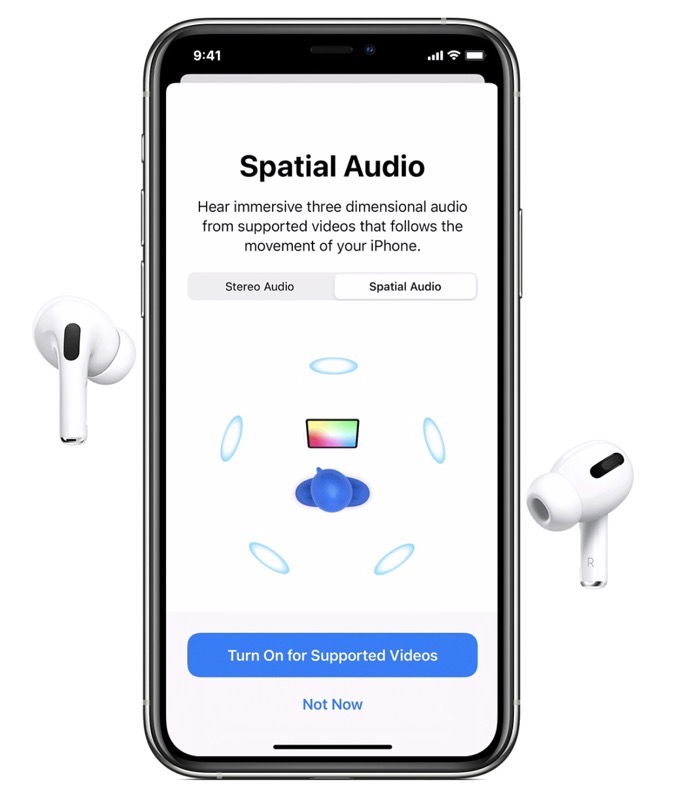 There may be another streaming service to support 3D spatial audio set to support Apple’s AirPods Pro and AirPods Max.

According to iPhoneSoft, an unnamed source says testing for spatial audio has been in place since December 2020:

This novelty has been in testing at Netflix since last December, according to a very knowledgeable source. This person works on the development part for the firm in the USA, but wishes to remain anonymous for obvious reasons. According to her, the streaming leader should launch this novelty by spring with initially a logically small catalog.

Apparently spatial audio has been working for AirPods Pro and AirPods Max owners since the 3A283 software update for these wireless earphones and headphones.

Back in November, reports on Reddit said spatial audio was working with AirPods Pro with Netflix, but it was not available for everyone.

Spatial audio, according to Apple, the feature “with dynamic head tracking brings theater-like sound that surrounds you from the movie or video you’re watching, so that it seems as if the sound is coming from all around you. The sound field stays mapped to the device, and the voice stays with the actor or action on screen.”

To get spatial audio, you’ll need AirPods Pro or AirPods Max and the following: