Netflix to Add Vertical Video Previews in Mobile App, Will Launch in April 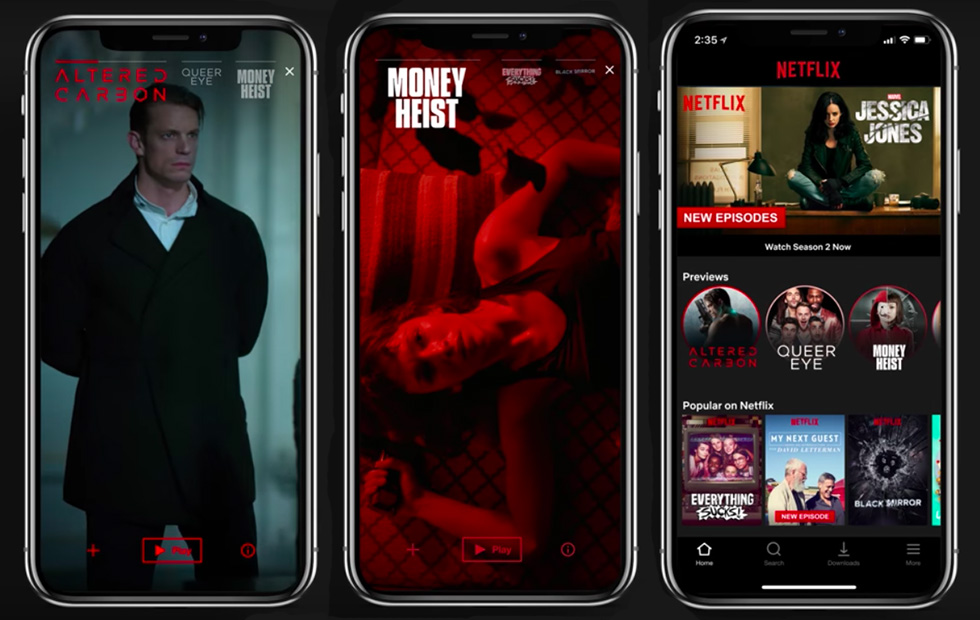 Netflix has announced that they will be bringing video previews to its mobile app starting this April.

The company’s VP of Product Todd Yellin announced the new feature at a press event in Los Gatos on Wednesday. The new feature will allow users to sample content with 30-second video previews that are displayed as vertical video.

Video previews will be integrated into the home screen of the mobile app with round icons that look a lot like Instagram stories. Users can tap on any icon to watch the preview or simply swipe through the list to explore more options.

At its launch in April, the company will be presenting up to a total of 75 previews. Yellin confirmed that previews will be available for hundreds of titles, including Netflix’s originals and licensed shows. He also said that their video editing team has been hard at work to custom crop these 30-second previews.

Yellin shared the details at an event called Netflix’s Lab Days, which is used to showcase some of the company’s latest and greatest technology.

Currently, the company said approximately 20 percent of all viewing happens on a mobile device. Netflix continues to heavily focus its efforts on mobile as it continues to be very valuable for its users.