Earlier this month Netflix shared its upcoming web interface redesign and now the company has announced this major update is rolling out worldwide to its users:

With the new Netflix website, we’ve created a richer, more visual experience, and a website that works more like an app and less like a series of linked web pages. Information appears in-line and in context rather than on a separate page, which makes exploring the catalog faster than ever before. 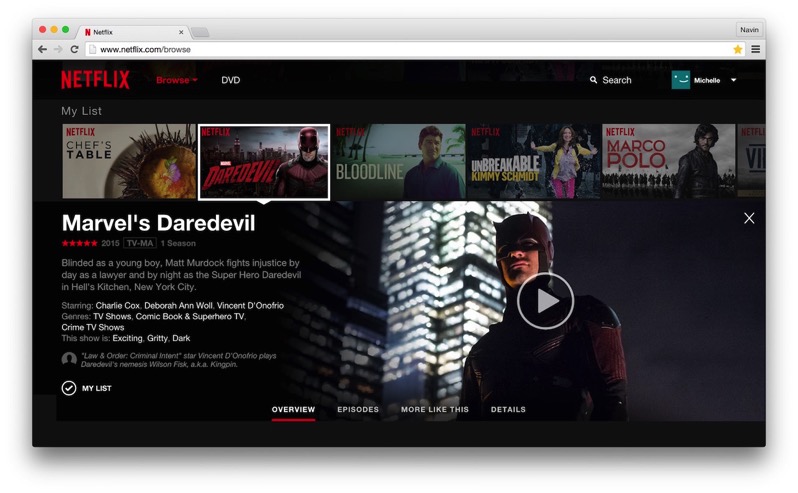 The updated web interface allows a slideshow of images when you rollover your mouse on a movie or show, to provide a better preview than just a text description.

When you click on a title, details now appear inline, along with reviews and similar titles, making it easier to find what you’re looking for. When scrolling titles, they now move a full row at a time, while the website has been redesigned to work with a mouse, trackpad or touchscreen.

Netflix said the rollout is coming globally and “may take up to two weeks to reach all members.” We’re not seeing this yet in Canada, but hope it comes soon.