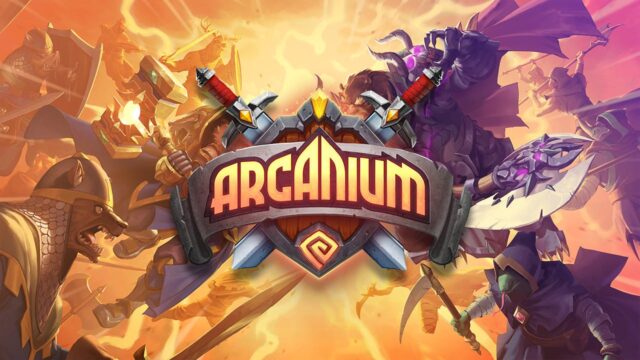 Netflix’s latest title in its push into video games is a Hearthstone-like card battling game Arcanium: Rise of Khan. The game has been developed by Rogue Games and is available on iOS to anyone with a current Netflix subscription.

Netflix Geeked first announced made the announcement of Arcanium: Rise of Khan‘s launch. It’s described as an “open-world single-player strategy card game,” where players explore a new fantasy world. Much like other titles to be made available to Netflix subscribers, Arcanium: Rise of Khan has been on the market for over a year.

Dive into a fantasy world where good, evil, magic, and technology collide for the ultimate tale of fellowship and bravery. Arcanium, an open-world single-player strategy card game, is now on Netflix. pic.twitter.com/vWHgiIY8u4

Rogue Games’ title preexists Netflix’s large foray into video games. In 2020, Arcanium: Rise of Khan launched on Steam. It however has received fairly positive user reviews. Currently, the game is only available on iOS. Though, an Android launch is expected “soon”.

In addition to Arcanium: Rise of Khan becoming available, Netflix has also added Krispee Street, a ‘Where’s Waldo’ inspired game based on a popular webcomic series ‘Krispee.’ The game was developed by FrostPop, making it the fourth game from the studio to become available to Netflix subscribers.

As of now, Netflix has 12 titles available on mobile. Many of which are all centred on ‘Stranger Things’ and are pre-existing titles that have been folded in. That said, Netflix is continuously expanding in the mobile space, making it worth keeping an eye on throughout the year.