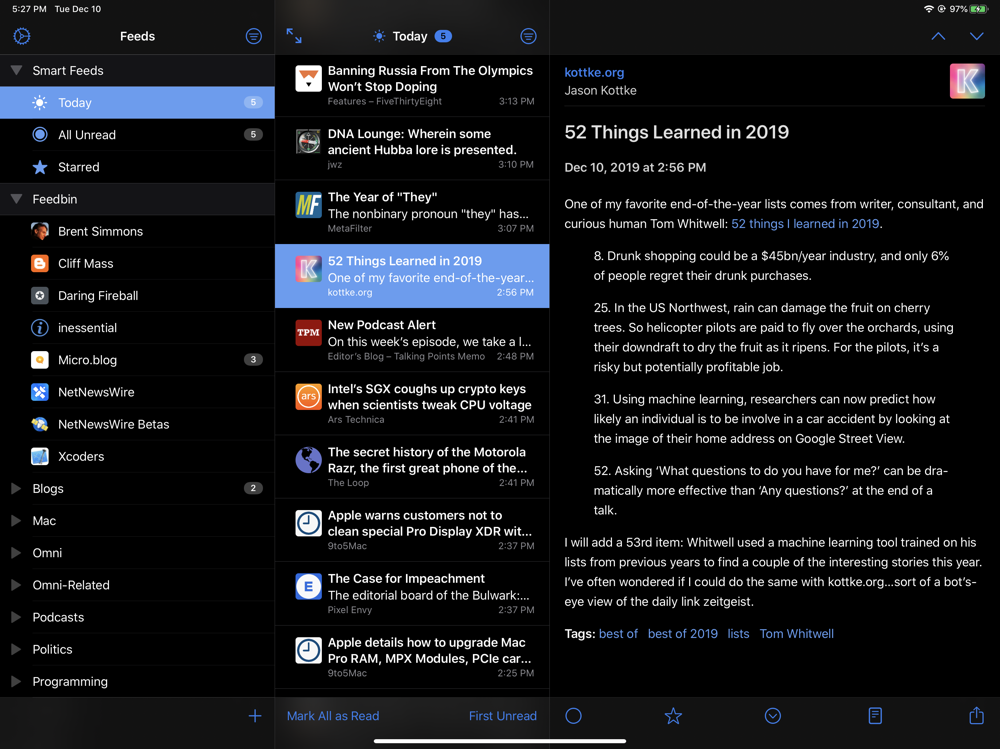 If you’re interested in RSS readers still, NetNewsWire 5 has released its public beta testing on iOS. The release for iOS devices comes after the Mac version was released back in August, as a free and open source app.

Here are features of NetNewsWire 5 for iOS, like the version for Mac:

New iOS features not available in the Mac version yet:

“If you’re using an iPad with a keyboard, you have the same keyboard shortcuts available as in the Mac app. You can fly through your feeds without touching the screen. It’s awesome!”, explains the NetNewsWire 5 team.

You can click here to get started with the NetNewsWire 5 public beta test via TestFlight.