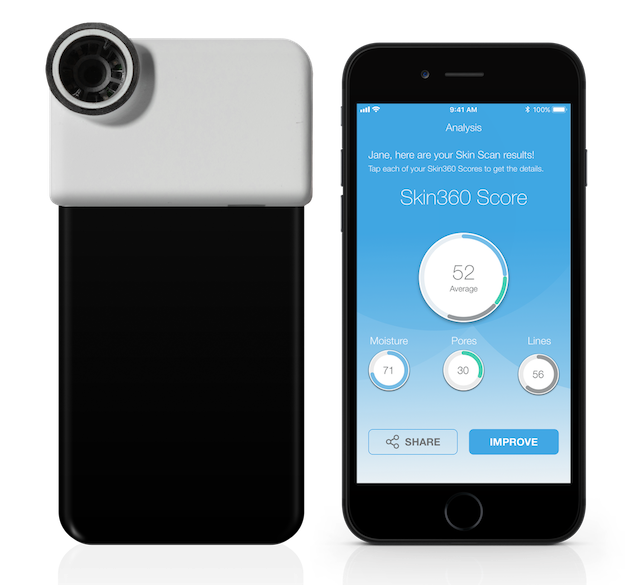 Skin care and cosmetics brand Neutrogena has today announced a new iPhone gadget called ‘SkinScanner’, that attaches to the upper portion of the iPhone and provides users magnified images of their facial skin using a combo of sensors, The Verge is reporting.

The scanner wirelessly syncs up with a companion iOS app “Skin360″, which will show a person’s skin health over time while suggesting Neutrogena products to improve their skin. The product was made in partnership with a New York-based company called Fitskin, and uses 12 LED lights and a 30x magnification lens to capture an up-close image of the skin. 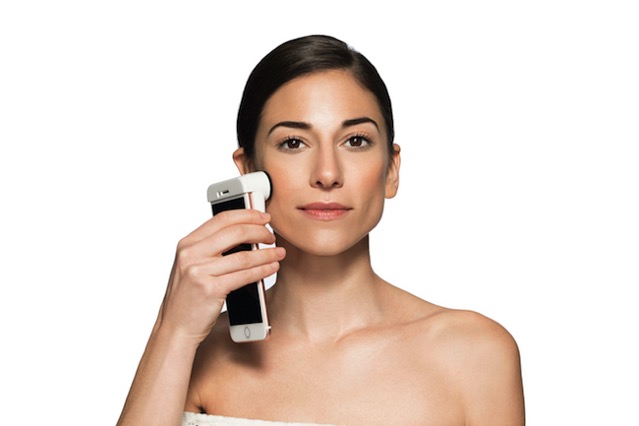 The Neutrogena SkinScanner also features a moisture sensor around the rim of the lens. To operate, all you need to do is open the app, press the device right onto your face and take a series of images. You will then get close-up readings of your skin’s moisture levels, wrinkles, and pore size. The app then compares your skin to other users in your age range using machine learning.

“It then assigns a score, up to 100, for each of these three categories. Below that, the app shows a blue “Improve” button, which leads you to a Neutrogena store. This is where that nudge happens; it might suggest, for example, that you use a Neutrogena sunscreen, or cleanser, or a product with retinol or hyaluronic acid.

Right now the SkinScanner is entirely focused on aesthetics. It won’t attempt to treat acne, or detect signs of melanoma, which would require Johnson & Johnson to get FDA approval of the device.”

The SkinScanner will cost US $50 when it debuts later this year.