**Win a FREE BestSkinsEver full body shield for your iPhone! Enter my contest/giveway!**

There were rumors of a 16GB iPhone a couple days ago, and as of Tuesday afternoon the speculation became a reality! Apple has announced a new high capacity 16GB iPhone for $499US, and a 32GB iPod Touch for $499US as well. The hardware for both devices has remained unchanged, and the 16GB iPhone will most likely be running 1.1.3 firmware. It’s available for purchase now online.

This is great news for 1st time iPhone owners in the USA…but not for us Canadians since the iPhone has not been announced in Canada yet. I would expect auctions on eBay to increase with people selling their 4GB and 8GB models to upgrade. 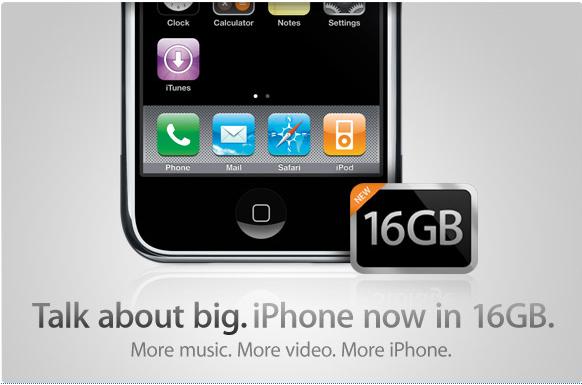 Personally, I haven’t even filled up my 8GB yet, so another 8GB would be nice, but definitely not worth the money to upgrade. You can’t fit your entire music collection/movies on the iPhone anyways, so I have no problem with syncing and transferring data back and forth.

Looking to Buy an iPhone in Canada?

If you’re on the hunt for an iPhone still, read my Top 5 Ways for Canadians to Buy an iPhone. Expect prices to either drop or remain steady, as used iPhones still sell for a premium online. Read up here if you’re new into the iPhone buying game. These posts are essential for you:

In partnership with the Orange Shirt Society, Meta has announced the launch of a new AR effect on Instagram titled “Orange Shirt Day” to raise awareness about the impact of the residential school system. The effect, developed in collaboration with the National Centre for Truth and Reconciliation (NCTR), is inspired by the experience of residential school...
Usman Qureshi
19 mins ago

Apple has removed The OG App, an ad-free and suggestion-free Instagram client created by a startup called Unf1feed, from the App Store — reports TechCrunch. The iPhone maker explained in a statement to TechCrunch that The OG App was removed earlier this week for violating Instagram owner Meta's terms of use for the service, which in...
Nehal Malik
20 mins ago