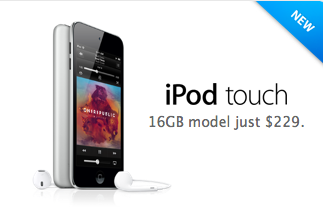 Apple has unveiled a new 16GB iPod touch this early Thursday morning (first spotted by The Verge), which seems like a pretty random and quiet time to unleash a new product. What’s unique about this version is it does not come with an iSight camera or loop to assign attach the wrist strap. There is a 1.2 megapixel FaceTime HD camera and the unit comes with the latest Lightning adapter.

This model replaces the older fourth generation iPod touch which Apple was still selling in 16GB and 32GB capacities for $199 and $249 respectively. 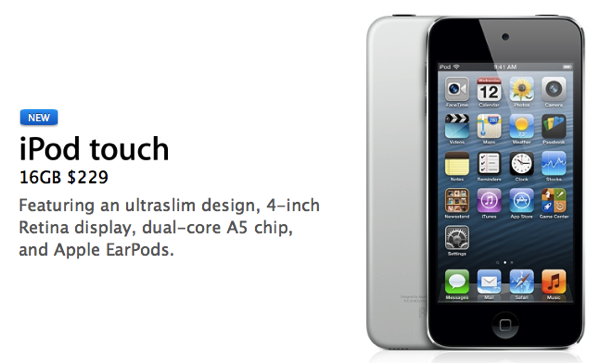 This new version has a 4-inch Retina display, comes with EarPods, is powered by the dual-core A5 chip and is 6.1 mm (0.24 inch) thick, weighing 86 grams (2 grams lighter than 32GB and 62GB models). Apple’s online store makes it clear this model does not have an iSight camera or loop as the website shows the image below to funnel users to the more expensive model with camera and loop.

This new model is now available in black or silver and will ship in 24 hours, priced at $229 in both Canada and the USA.

Anyone going to pick one of these up?