While Apple’s next-generation iPad Pro launching later this year is not expected to have any major design changes, accessory maker ESR has posted some 2021 iPad Pro cases and folios which seem to suggest that the upcoming iPad Pro model will have fewer speaker holes (via MacRumors). 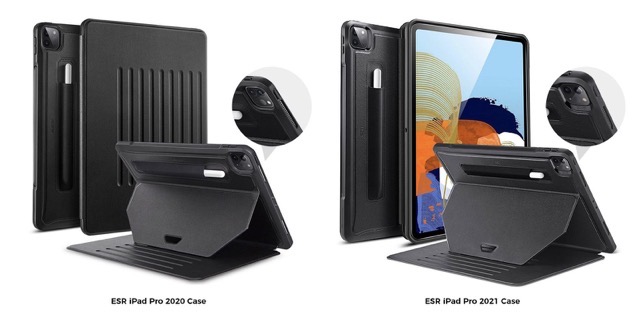 ESR’s claim of the 2021 iPad Pro having fewer speaker holes as compared to the current generation model lines up with an earlier report from Japanese website Mac Otakara, which noted that the speaker holes on this year’s iPad Pro models will be reduced by two thirds. No further explanation beyond this was provided.

As noted by the source, a two-thirds reduction in speaker holes would look like this:

Nonetheless, the 2021 iPad Pro models are still expected to feature four speakers for stereo sound, with two on the top edge and two on the bottom edge.