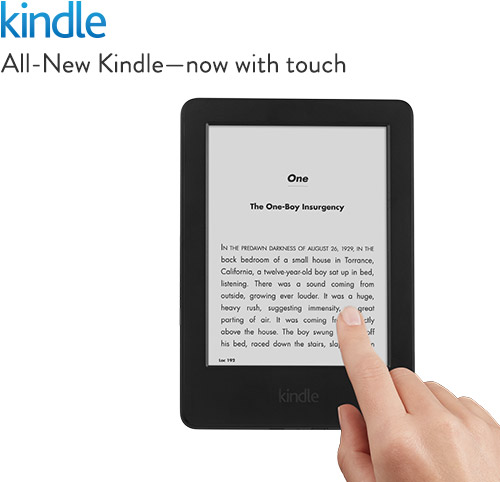 New Touch Kindle eReader: The new Kindle is small and light, with weeks of battery life, a 20 per cent faster processor and twice the storage capability. It now has a touch interface and all-new Word Wise feature which makes it even easier for readers learning English to understand challenging vocabulary. (Pre-Order here) 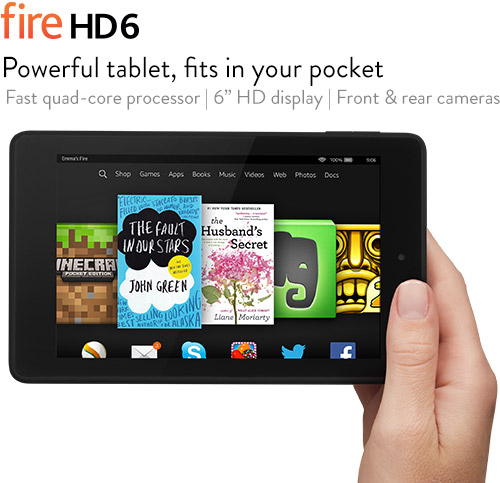 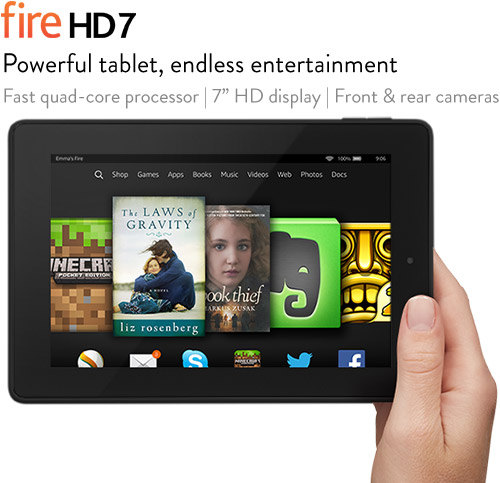 New Fire HDX 8.9”: Fire HDX 8.9” is powered by the latest generation quad-core 2.5 GHz processor and a 70 per cent faster graphics engine. The 339 ppi HDX display features Dynamic Light Control which automatically adjusts the colour of the display to make the pages of a book more closely resemble a piece of paper in any light. It’s the first tablet with Dolby Atmos, plus loud and immersive audio that is twice as loud as the iPad Air. Also comes with Fire OS 4 “Sangria,” other Amazon-exclusive features and free unlimited cloud storage for photos. (Pre-Order here) 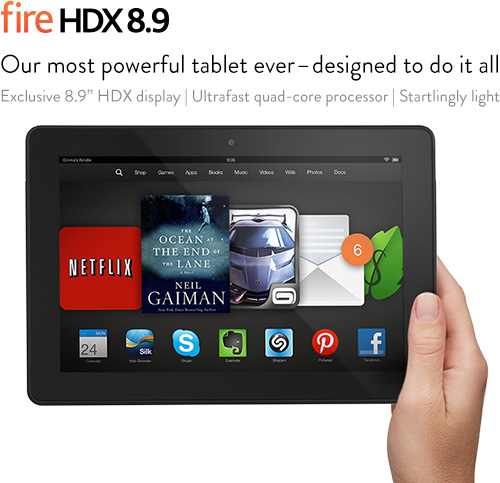