Concept designer Antonio DeRosa has just shared his latest concept dubbed the Apple iPhone Pro, in which he imagines the first-ever port-less iPhone with a 240Hz ProMotion display. 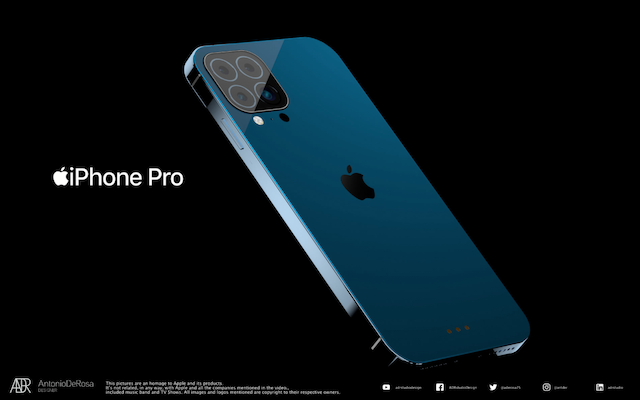 “Maybe the next iPhone will be named 12s to avoid the number 13. But what about the…14?” notes DeRosa, emphasizing on the use of “Pro” for naming instead of numbers for the iPhone in line with the iPad and MacBook models. 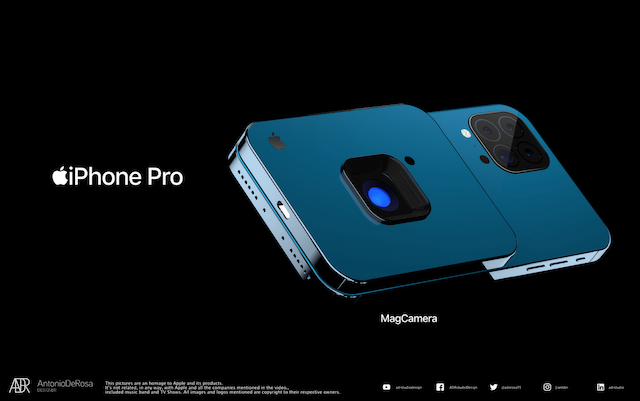 His concept iPhone Pro features four cameras with astronomic photography functions, an improved MagSafe 2 with a special dock port designed to connect new accessories, such as power banks and a snap-on camera with high-end optics.