Apple has continued to show interest in using hydrogen fuel cell technology to power its portable devices, including its iPhone, iPad, and MacBook lineup.

The application was published by the U.S. Patent and Trademark Office on Thursday, but was originally submitted by Apple in March. The patent application actually represents a continuation of two patents from 2010.

Text and diagrams depict not only a fuel cell stack for generating power, but related aspects like connections with the portable device and a cartridge system for adding fuel.

The diagrams make reference to a MagSafe connector, implying that the technology would be aimed at the company’s MacBook lineup. The patent claims that a device could run for “days or even weeks” without refuelling. 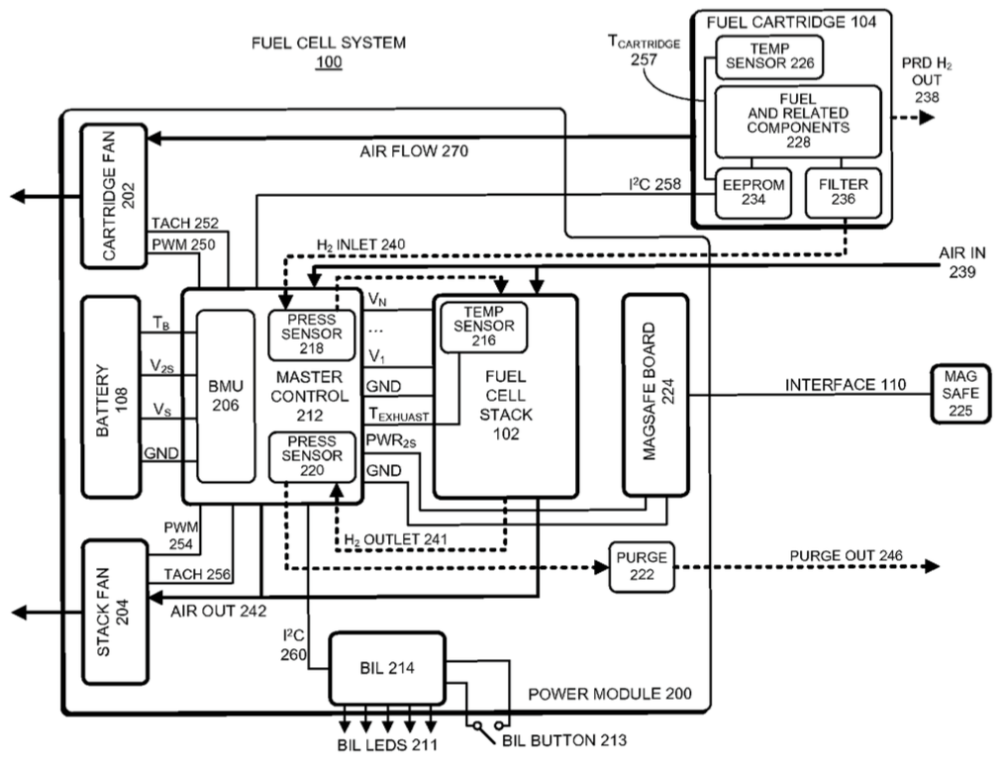 The likelihood of putting fuel cell technology in a shipping product is uncertain, since the cartridge slots would take up valuable design space, and many people would prefer to charge daily instead of paying for fuel.

However, Thursday’s patent continuation confirms that Apple remains interested in pursuing the concept. Over the years, Apple has been striving to make more environmentally friendly products that also offer better battery life.