Following the “Let Us Loop You In” media event, the Apple Store came back online featuring the new products Apple had announced: the 4-inch iPhone SE and 9.7-inch iPad Pro. Alongside expanding its Apple Watch band offering, the company has also added a few notable accessories you may be interested in, especially if you are going to jump on any of the newly announced products. 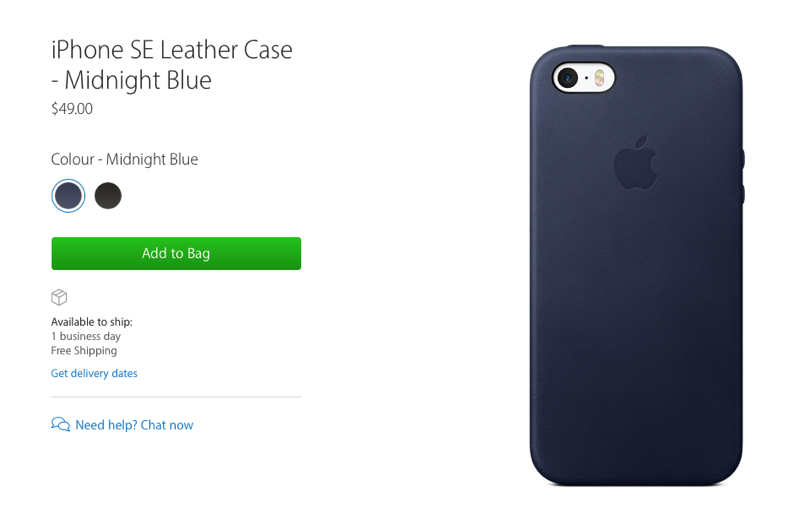 Those eyeing the iPhone SE may be interested in Apple’s new leather case designed specially for this model – although the device will also fit in your old iPhone 5s case as well (if you have one). The iPhone SE leather case is available in two colours: Midnight Blue and Black, retails for $49 (CAD), and ships in one business day.

Apple’s “spring offering” includes new colours for iPhone and even iPad cases, as well as and Smart Covers. Those looking for new silicone case colours can now choose from the following options (alongside the “‘old” ones): Yellow, Apricot, Light Pink, Lilac, Royal Blue, and Mint. The cases are priced $45 (CAD) for the iPhone 6/6s and $49 (CAD) for the 6/6s Plus. The iPad Pro case lineup includes the same colours, and retails for $89 (CAD).

The accessories line update also includes a pack of four Apple Pencil tips retailing for $25 (CAD). The pack is available to ship in one business day. Will you jump on any of these?