Currently, Apple only allows purchasing of movie and television shows using its set-top streamer but now, the latest Apple TV beta software suggests that Apple may be looking to add iTunes music purchasing functionality to Apple TV as well, AppleInsider reports. The source claims that music buying will be an added feature when Apple releases the next version of Apple TV software. 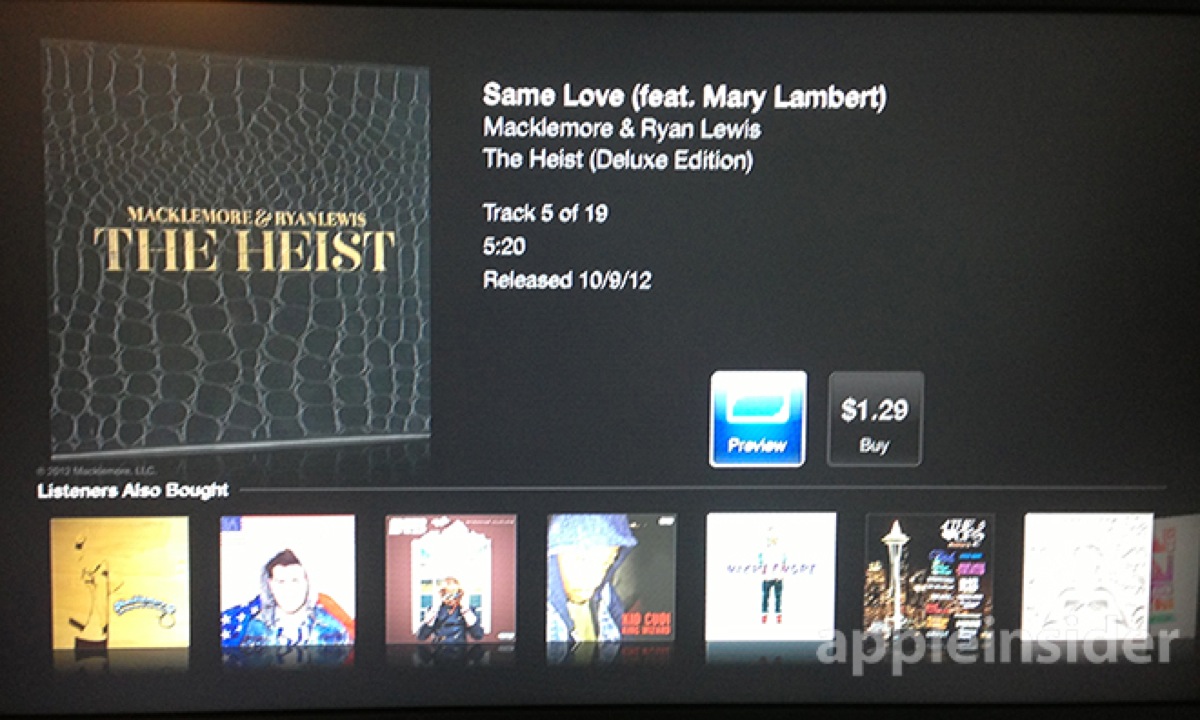 Previously, selecting Music would open a user’s iTunes library but now, the Music app directs to an interface that looks like the iTunes Store as seen on OS X (see above), complete with scrollable panes and category menus. The source notes that users can preview songs, browse artists, and make single track or album purchases using the beta software. When a user chooses to buy a song, a verification pop-up shows up before completing the purchase.

“Interestingly, clicking on an album from the main menu automatically selects the featured track or current single for that title, making it easier to navigate when using the supplied remote control. For example, choosing Mackelmore’s “The Heist” brings up a track list with the song “Same Love” already highlighted and ready for preview.

Purchases can be played on the Apple TV, or downloaded onto another device, identical to how iTunes operates on both OS X and iOS. Recent buys are automatically updated as the Apple TV syncs directly to iTunes rather than storing songs on-site.”

Apple is likely to release the next Apple TV software update later this year.