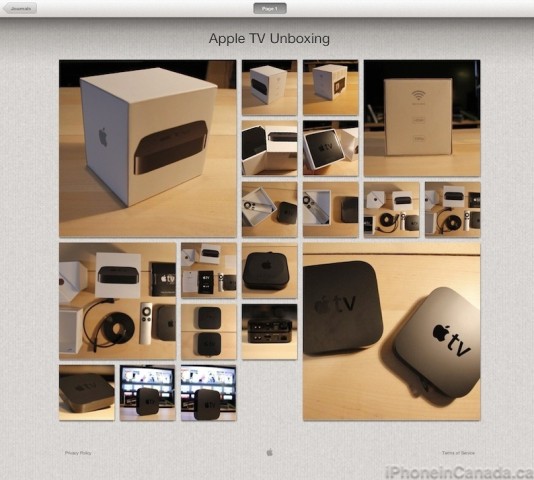 The 3rd generation Apple TV debuted during the new iPad announcement, and with the refresh came a new user interface (also available for the Apple TV 2 as well). The new design was a major overhaul compared to the former interface. As it turns out though, this new design was originally denied by Steve Jobs years ago according to a former Apple TV engineer Michael Margolis, as noted by Macgasm:

@aral Fun fact – those new designs were tossed out 5 years ago because SJ didn’t like them. Now there is nobody to say “no” to bad design.

Margolis clarified the issues Steve Jobs had with the design to TNW:

The new UI shouldn’t come as a surprise to anyone. There is a clear effort at Apple to make everything match the look and feel of their popular iOS products – starting with Lion and increasing momentum with Mountain Lion.

To be clear – he didn’t like the original grid. This was before the iPhone was popular and before the iPad even existed.

Given that the iPad is far more successful than the AppleTV, migrating the AppleTV to look more like the iPad was probably a very smart move – even if some of the users of the old UI don’t prefer the new one.

Some people love the new Apple TV interface, while others miss the old one. What’s your take on the whole situation? Just because Steve Jobs has passed, does that mean Apple has started to change its course?