Brock Haymond is the developer behind an awesome new Cydia tweak called Hands-Free Control. The tweak does one thing, and one thing well: it allows you to activate Voice Control using your voice instead of holding down the home button. 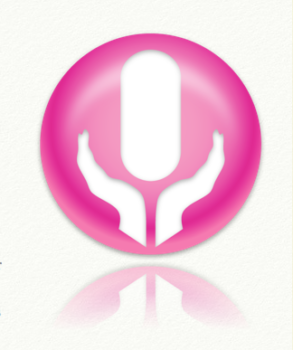 Once a Jailbreak is available for the iPhone 4S, the tweak will work automatically as Siri uses the same basic resources as Voice Control.

Once installed, saying “Siri” will activate voice control or (in the future) Siri, depending on your device. It accomplishes this by keeping your iPhone’s microphone on all the time. Impressively, the app automatically and continually calibrates itself to the current ambient noise in your environment.

There are two concern for an app like this. First, is battery life. According to the developer, the projected battery life running Hands-Free Control non-stop is between 10 and 20 hours on an iPhone 4. The developer is striving to make the app more lightweight with time, but for now, it’s just shy of a full days use. Details of it’s battery usage are detailed in the sites FAQ.

The second concern for the tweak is that it might inadvertently pick up commands that sound like Siri. For instance, “Sickly” or “city” might trick the app into opening voice control. As a fix, the sensitivity of the voice activation can be adjusted in the apps settings, which allows fine-tuning of the listening service depending upon the types and amount of ambient noise in your environment. 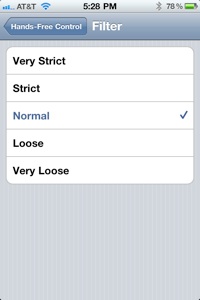 A video demo of Hands-Free Control can be viewed on the official website: HandsFreeControl.

Hands-Free Control can be downloaded from the BigBoss repo of Cydia for an introductory price of $1.99.